The Managing Director of the Inter-City State Transport Company has stated that the failure of most government policies is due to poor stakeholder engagements and communication of those policies.

Nana Akomea who is a former Minister of Information said this at a public lecture organized by the Institute of Public Relations, Ghana at the British Council Hall in Accra.

He was speaking on the theme, “Citizen Engagement in Public Service Delivery: The Strategic Role of Public Relations.”

Mr. Akomea who was also onetime Director of Communications of the NPP noted that though governments may have their plans mostly by their manifestoes, PR practitioners at the various ministries must assert themselves in driving home the need for public engagement of those policies to achieve the intended purpose.

He cited the closed fishing policy by the Ministry of Fisheries, mass disconnection in the Odumase area by the Power Distribution Service as some examples of engagements which could have been better managed.

The former lawmaker also said, public institutions have not provided visible feedback channels that enables the public to engage them for useful feedback in the public service delivery process.

The speaker also called on education authorities to consider Public Relations modules in their Master of Business Administration programmes in order to appreciate managers of PR principles and its impact on their businesses.

Nana Akomea noted that the resignation of the British Prime last week was a result of poor engagement with the members of Parliament hence the rejection of the BREXIT deal three times culminating in her resignation.

He noted that the cost of not engaging is dire and encouraged managers and political authorities to take the advice of the PR practitioners serious in order to avoid visible pitfalls.

The programme which was moderated by the Honorary Secretary of the Institute Henry Nii Dottey aslo had in attendance Ms. Elaine Sam, President, Maj. Albert Don-Chebe and Mrs. Vicky Wireko Andoh both former Presidents of IPR, Ghana 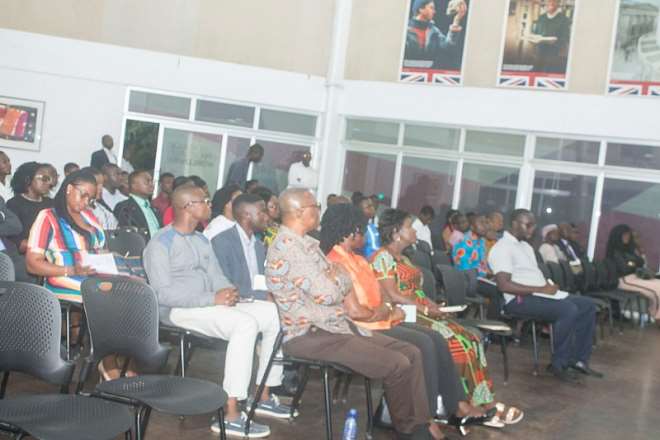