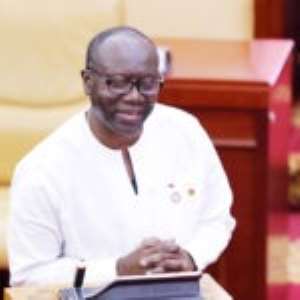 A cross section of Ghanaians in Sunyani, the Brong-Ahafo region have indicated their expectations in the 2019 budget statement to be presented to Parliament by Finance Minister, Ken Ofori-Atta this morning.

In an interaction with The Chronicle, most of the people expressed satisfaction at the performance of the government so far, but called on the president to quicken the pace of development projects promised them, including the One District- One Factory program.

The Chief Executive Officer of Hellen African Clothings, Madam Hellen Abena Agyeiwaa said the free SHS policy is a very good initiative but expressed reservation about how to sustain it financially, looking at the huge numbers of students on the scheme.

“The free SHS policy is so far one of the best policies in recent times, but let’s be realistic, how do we sustain it? This must be answered by the finance minister on Thursday”, she said.

The District Chief Executive for Berekum West, Mr. Isaac Osei expects the 2019 Budget to address issues concerning government’s flagship programs such as the free SHS, 1D1F, NABCO, planting for food and jobs and other programs.

He also hopes measures are put in place to expand the tax net to include other sectors which are not paying tax. On corruption, Mr. Osei expects the appropriate agencies to be well resourced to fight the menace.

A member of NDC in the Sunyani East Constituency, Mr. Innocent Masiku (Captain) told The Chronicle that he expects ‘nothing’ from today’s budget.

“For now, I have no expectation from Thursday’s budget because the first budget that was touted “Anidaso” budget collapsed the businesses of the spare parts dealers nationwide”.

According to Mr. Masiku, the second budget by Mr. Ofori Atta collapsed most banks striving for growth. “What do you think the next budget brings on board”, he asked.

Mr. Masiku said all the finance minister has done so far are mere projections and rhetoric, adding that: “The reality is catching up with the ordinary citizen on the street of Ghana because the figures may look good and fantastic but don’t also forget that the economy had been rebased just recently”.

In the view of Mr. Masiku, even if today’s budget has the redemptive power of restoring hope in the economy, the dangers caused as far as those two budgets are concerned is unheard of and cannot do the damage control.

Miss Ama Amankwaa, a Journalist in Sunyani told The Chronicle that she expects a reduction in petroleum products, since businesses are suffering. She also expects the Finance Minister to tell Ghanaians how the number of poor road networks in the country would be addressed.

“Our roads are too bad, but it appears government has not said or done anything about our poor road networks and I hope the finance minister would tackle that problem”, she said.

NPP’s HOPE
A member of the communications team for the New Patriotic Party, Kofi Ameyaw has, however, urged Ghanaians to remain calm, assuring that the 2019 budget will bring hope and relieve to their suffering.

He stated the 2019 budget will be a true reflection of what the Nana Addo led administration promised Ghanaians ahead of the 2016 general elections, because this would be the first time that the budget will not be under the restriction of the International Monitory Fund(IMF).

“This budget will be a reflection of Nana Addo’s policies and programmes because it won’t come under the restrictions of the IMF.”

“Meaning we are going to have a rare impact of the President’s well thought of budget based on his assessment of the country” , he said

He added this will afford the government the opportunity to channel funds into the various sectors of the economy that needs to be attended to hence improving on the quality of life of Ghanaians.

Mr. Ameyaw said should this budget fail to bring relief and improvement in the lives of the citizenry, then Ghanaians can say the NPP government has failed them.

“Beyond this budget, if we don’t see any significant improvement with regards to our economic fortunes, then there would be hard times ahead”, he said.

According to him, Government has since assuming power laid the various foundations to ensure that the ordinary Ghanaian sees an improvement in their lives.

Meanwhile, Minority Spokesperson on Finance, Cassiel Ato Forson has predicted doom for Ghanaians in 2019, ahead of the budget presentation in Parliament.

He said the 2019 budget statement and economic policy will be full of hopelessness.

Ato Forson said because the various budgets presented by the Akufo-Addo government since it assumed office have brought nothing good but only hardships to Ghanaians, the expected budget will only be hell for many Ghanaians.

Ato Forson, who is also the Member of Parliament for the Ajumako-Enyan-Essiam Constituency in the Central Region said the 2019 budget will turn President Akufo-Addo’s ‘Ghana Beyond Aid’ mantra to “Ghana Beyond Hell.” “In the year 2018, the budget was named ‘adwuma’ budget, meaning we were going to expect more employment, but what are we witnessing now? We are witnessing job losses, layoffs and no jobs.

“President Akufo-Addo announced that the 2019 budget will be full of hope. But judging from the outcome of the 2017 and 2018 budget and economic policy statement, what should we expect in the 2019 budget? Hopelessness,” he added.

Ato Forson made the claims at a pre-budget round-table discussion organised by the Minority in Parliament.

Ato Forson has lashed out at the Akufo-Addo government over the increasing public debt stock. According to him, government will bloat the debt stock by GHc16 billion in 2019.

According to the Minority, government’s appetite for borrowing has been compounded by the need for them to raise capital, not for infrastructure, but consumption.

“The Akufo-Addo government appears to have pumped a large chunk of its money into consumption as there is virtually no capital investment to show for his level of borrowing,” he said.

Ato Forson insisted that “the foregoing shows clearly that the president, Nana Addo Dankwa Akufo-Addo and his Vice President misled Ghanaians with their claims on borrowing while in opposition, instead they have resorted to the very thing they condemned just two years ago. Where is the president’s ability to develop Ghana without taxation and borrowing which he touted so much in opposition?”?

LABOUR UNIONS’ POSITION
The Ghana Federation of Labour and other Labour unions have bemoaned living conditions in the country despite the excitement that heralded the 2018 budget nicknamed ‘Asempa budget’ by the government.

“This year has not been too good despite the Asempa budget. This year, things have been bad and we must say it as it is. The cost of doing business in this country is very high. Looking at what is happening in this country, if God does not descend, these politicians will kill us.

“We have been promised 1D1F among others. Where are the factories? I can’t see any factory anywhere,” General Secretary of the Federation of Labour Abraham Koomson told Starr FM ahead of the 2019 budget presentation by the Finance minister.

On their part, the Food and Beverages association said the economy has been unfriendly to business despite the economic boom rhetoric by the government.

“This year has been very rough. Certain policies were introduced and it affected us more. The 3% flat rate that was introduced affected our businesses largely.

“Government has introduced additional policies and this is forcing us to increase prices of our goods. When we increase prices, we are affected as it takes us out of competition.

We are at a loss as to whether the new policies introduced by government are promoting businesses or collapsing them.

“As a Ghanaian, I will like the Finance Minister to touch on strategies that will ensure prices of goods are services decrease,” General Secretary of the association, Samuel Ato Aggrey said.

He revealed, however, that government intervened to stop some planned layoffs in the sector.