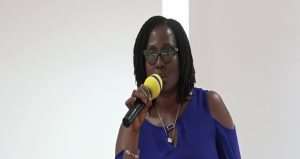 Apraku, who is a complainant in the case against Christian Agyei, house help of his boss, was said to have been picked at his Saki residence in the Kpone-Katamanso Municipality some few days after Agyei appeared in court on January 17.

The court presided over by Mrs. Akosua Agyepong, adjourned the case for him to reappear on February 14, this year.

Inspector Beatrice Ayeh, prosecuting, told the court that Apraku’s semen, foot and finger prints, have been sent to the Police Forensic Laboratory for analysis.

She further informed the court that the docket on the case was sent to Accra, and was received by her on the morning of the court’s sitting.

According to her, the docket returned with only the charge sheet without the fact sheets.

Some workers of the Ghana Ports and Harbours Authority (GPHA), especially the drivers, were present at court to lend their support to their colleague.

The Ghana News Agency spotted a few of them shedding tears after Apraku who was in handcuffs was put in a waiting van after the hearing.

Meanwhile, the prosecution had applied for an order from the Court directing the Police Forensic Laboratory for the extraction and analysis of semen in addition to foot and fingerprints from Christian Agyei, the house help of Mrs Asante.

The court upheld the application and gave an order for the extraction and analysis, and adjourned the case to February 14.