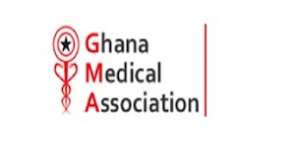 The Ghana Medical Association (GMA) is threatening industrial action should government failed to urgently address the non-basic salary components of emoluments of its members.

This was contained in a statement co-signed by Dr Frank Ankobea, President of GMA and Dr Justice Yankson, General Secretary, at the end of its 2nd National Executive Council meeting at Prampram in the Greater Accra Region.

The statement accused government of failing to honour its side of the agreement after the two parties settled on October 2018, for government to start paying the non basic salary components of the emoluments of its members working with the ministry of health and its agencies.

It said, government is deliberately taken the action to frustrate the effort of GMA, adding that, it is unwilling to abide by the tenets of the agreement.

The statement also reminded government of the urgent need to begin renegotiation on the expired conditions of service documents for its members working with the Ministry of Health.

GMA in the statement kicked against the ongoing national discussion on the legalisation of Okada and tricycle.