The Minister for Regional Reorganization and Development, Hon Dan Botwe has led a high powered delegation to the newly created Savanna regional capital of Damongo to inspect the basic infrastructure for the Savannah the Regional Coordinating Council offices.

According to the Minister, the inspection is aimed at ensuring that there are adequate offices in the newly created region to facilitate development.

Adding that, the ministry would visit all the newly created regions to ascertain whether there are available officers and facilities to promote development.

Taking the minister round government facilities in the Damongo township, the DCE for West Gonja District Hon. Saeed Muazu led the Minister and his team to a storey-building that currently houses the offices of the Ghana Education Service, NADMO, the Gonja Traditional Council and others.

The 3-unit storey building which has more than thirty (30) offices and used to house the offices of the West Gonja District Assembly has been converted temporarily as the Savanna regional coordinating council with the Ghana Education Service (GEA) offices and other departments asked to relocate to the Damongo Agricultural College campus offices.

Speaking to the media after the inspection, Hon Dan Botwe said the seed capital meant to be disbursed to them is ready and will be handed over to them in due course. Mr Botwe said the regional coordinating council is expected to be functioning by next week even before vetting of the Regional Ministers designate and that many officers are expected to be posted to the newly created regional coordinating council.

The Minister stated that the Akufo Addo led NPP government is committed to development so Ghanaians should rally behind the government.

He appealed to the Overlord to give out a parcel of land for the construction of Regional offices.

The entourage also visited accommodation facilities in the newly created regional capital that will house officers who will be posted to Damongo.

The Head of the Local government Service, Mr Ato Arthur said over two thousand (2000) local government staff will be recruited and posted to the newly created regions.

He however cautioned workers about absenteeism and lateness to work in the new regions since that is the major problem facing the service. He said many workers especially from this part of the country goes to work minus Mondays and Fridays since most of them leave the deprived districts on Thursdays and report to work on Mondays thus working only 3 days a week.

He therefore warned that the system of Local Government Services will work very well very well especially in the Savanna region. He went further to appeal to staff of the local government ministry to accept postings to every part of Ghana since most of them sees some transfers to be punishment.

He tasked DCE’s to use their offices to motivate workers of the Local government services.

The team rounded up the inspection by paying a courtesy call on the King and Overlord of Gonja Yagbonwura Tutumba Boresa (I).

Mr Ato Arthur on his part appealed to the people of the Savanna region through the Overlord to let his people to be accommodative since many different people will be posted to Damongo to work towards the development of the region.

Yagbonwura on his part appealed to the team to make sure majority of the youth are employed to reduce the unemployment rate in the Savanna region. 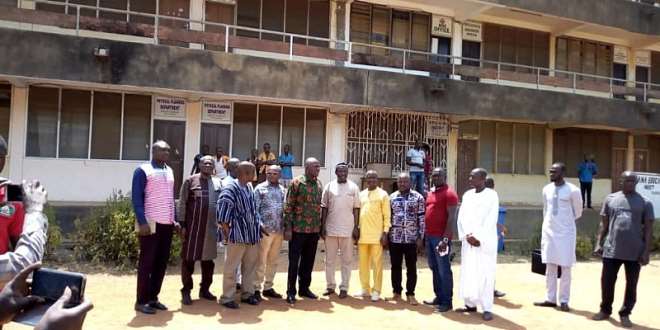 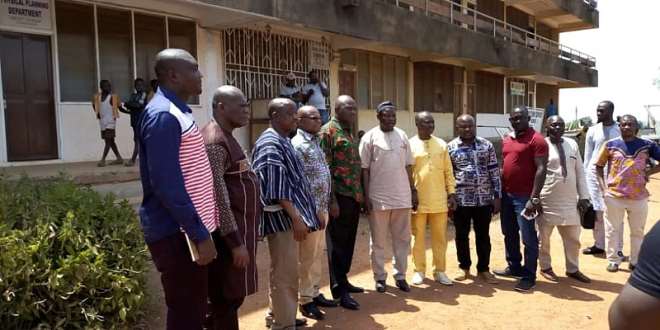