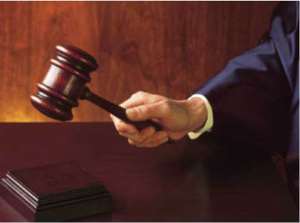 The Students Representative Council of Cape Coast Technical University has been hit by an injunction following the disqualification of nine (9) aspirants.

Four of the disqualified aspirants aspirants appeared to be resolute in the opposition against the vetting results hence taking the matter to the high court challenging the decision of the SRC electoral commission and its vetting committee to disallow them from contesting the election, a situation described as bias, attack on SRC constitution, unfair treatment being met out to them by the Electoral committee, The Dean of students, The SRC President and The SRC Judicial Committee

1. All the disqualified aspirants qualifies to contest

2. The basis for their disqualification is unconstitutional

3. Their fundamental human rights are abused

4. There is a clear violation of the constitution

5. They have attacked and disrespected the constitution

6. All of them should be allowed to contest

7. They are only seeking for justice and nothing else

2. It is also believed by some section of individuals that; the Dean of students interest in the election is what is causing this mess and she was also caught, telling them to ignore the advice of the acting vice chancellor because he himself will leave office soon

3. It is rumoured that; Some individuals also feels that; the Dean of students, The SRC President, The E.C chairman and The Chief Justice are a threat to SRC finances and the peace of students hence advising themselves on a peaceful demonstration and press conference to call for their resignation. 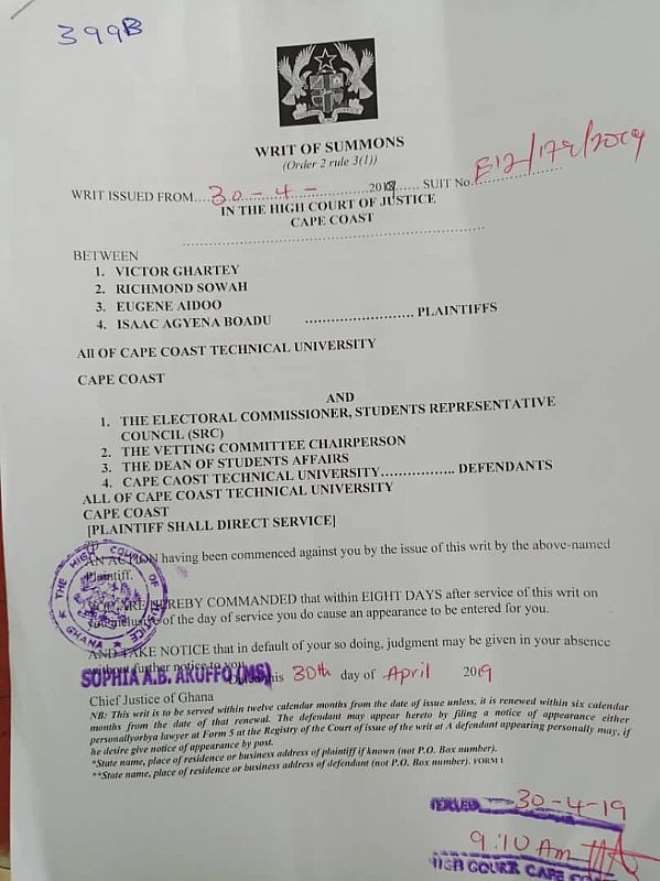 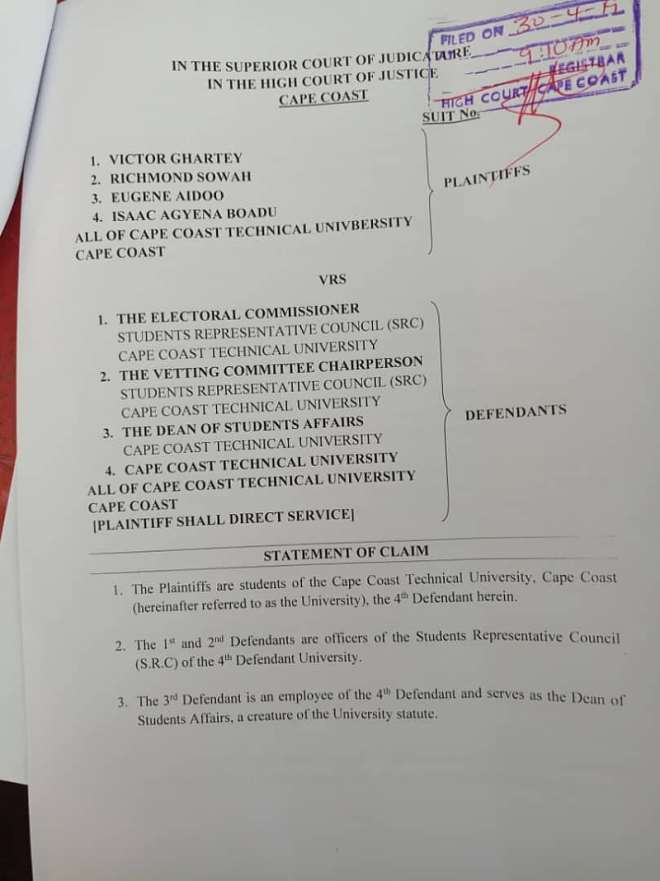 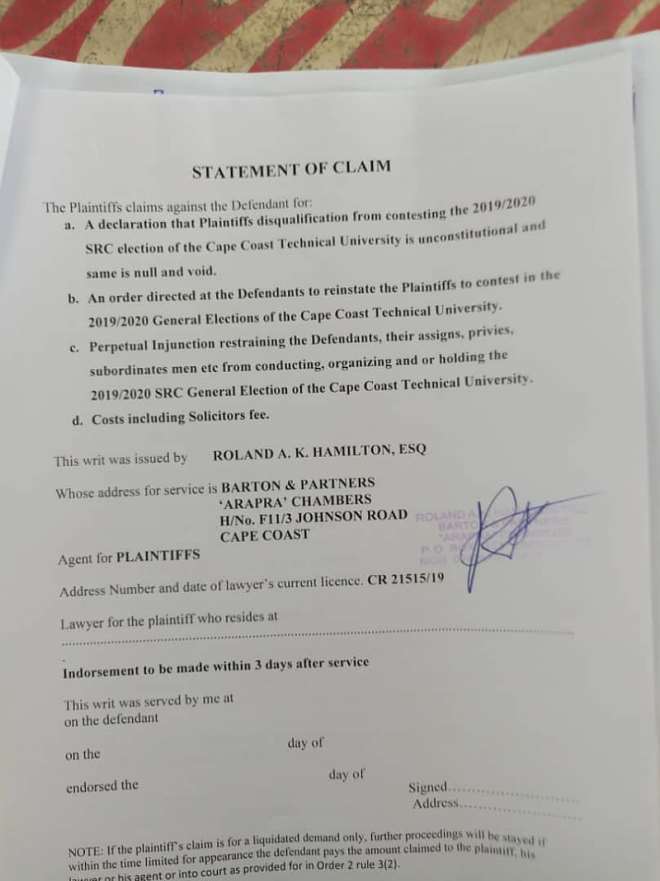