They are the Coastal, Middle Belt and Northern Development Authorities which is to develop Infrastructure for the Poverty Eradication Programme (IPEP).

“The appointees are to act pending the receipt of the constitutionally required advice of the governing Boards of the Development Authorities, given in consultation with the Public Services Commission,” a statement from the presidency signed by Communications Director, Mr Eugene Arhin said.

The IPEP programme will oversee the disbursement of the equivalent of $1 million per constituency per year, in fulfilment of one of the New Patriotic Party’s major promises.,

The project is also expected to have a direct link with government’s one district one factory project, which is estimated to cost GH¢456.3 million and create about 350,000 jobs. 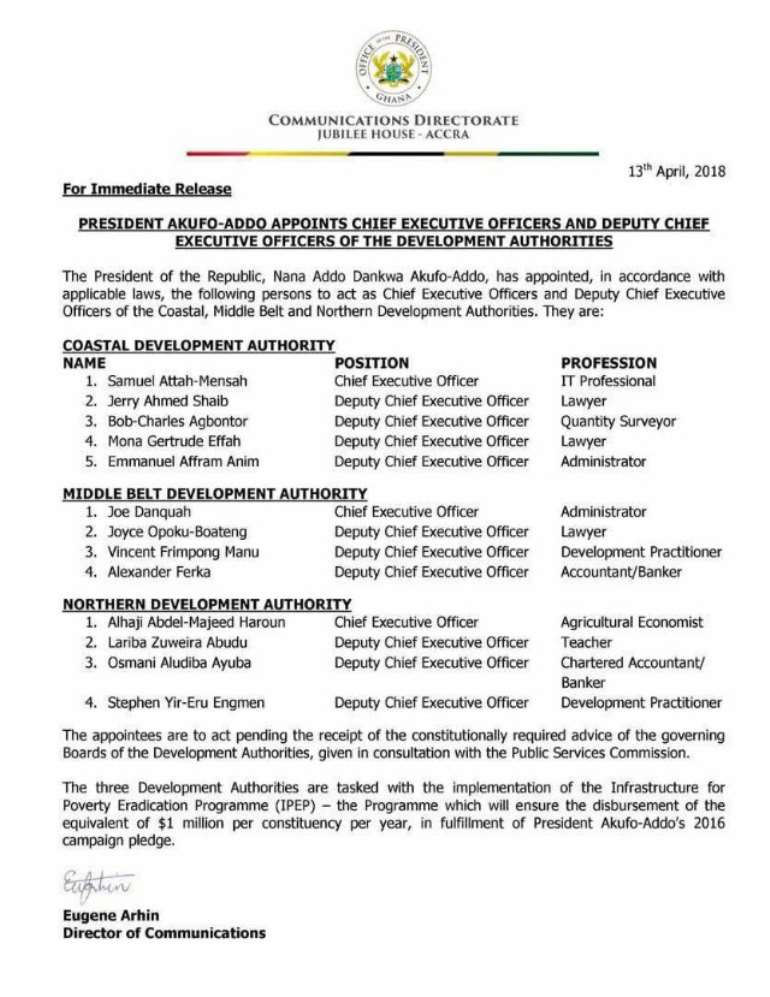