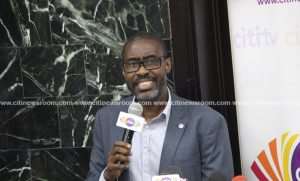 Legal practitioner and member of pressure group, OccupyGhana, Ace Ankomah, has taken on critics of the yet-to-be built national Cathedral.

Ace Ankomah, who is a music writer and guitarist, said persons advocating for the relocation of the project outside the capital city, Accra, should rethink their arguments.

“When people talk about the church and that the church does not deserve land in Accra to build a cathedral that sits only 5,000 people and that they should find a place for us at motorway as if we are cursed lepers. They forget that the vast majority of the best schools in Ghana were built by the church. Mfantsipim, Wesley Girls, Saint Peters, why do they have saint in their names?”

Ace Ankomah insisted that Christians deserve a cathedral in Accra since they have contributed their quota to the country in terms of education and missions.

Government has received backlash over its decision to evict some nine Court of Appeal judges and other residents around the Ridge area in Accra to pave the way for the construction of the National Cathedral.

Although government says the project will be funded by private institutions, some Ghanaians say they don’t believe such assurance.

The Coalition of Muslim Organisations, Ghana (COMOG) on Wednesday chastised government over the project saying it constitutes an “interference in religious” matters in a secular state like Ghana.

COMOG in a statement on Wednesday says it suspects the construction of the national cathedral is a state project, adding that government is only using the clergy as a cover-up.

“The coalition would like to express serious concern about the increasing involvement of the Government of Ghana in religious matters and its implication for national unity and cohesion…Just as the Government of Ghana has not been involved in the construction of religious edifices for Muslims, Traditionalists, Hindus etc, it should not be involved in the efforts by Christians to build themselves a cathedral,” COMOG stated.

“It is extremely infantile and misguided for any individual or group to think that an improved and cohesive relations between the Government and religious leaders are deemed interference in religious matters,” he stated.