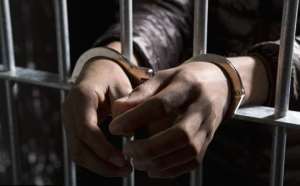 An Accra Circuit Court on Thursday sentenced Emmanuel Ganda Bonuso, a businessman to five years imprisonment in productive labour for defrauding a Technician of GH¢ 90,800.00 under the pretext of procuring him auctioned cars.

Bonuso pleaded not guilty to defrauding by false pretence but was found culpable.

The Court, presided over by Madam Marian Affoh, in addition, ordered him to refund the money to Mr Eric Abein, the prosecution witness.

Bonuso on the other hand lived at Spintex also in Accra.

He said in 2014, the prosecution witness attended a funeral at Pokuase where he met Bonuso.

Through a friend of the prosecution witness, he (Mr Abein) got to know Bonuso as a nephew to Mrs Lordina Mahama, former first lady of Ghana.

He also informed the prosecution witness that he was a businessman, who deals in auctioned cars.

The Prosecution said Bonuso further told Mr Abein that there was an auction sales at the Tema Port by the government of which he could help the prosecution witness secure some cars.

The convict succeeded in getting GH¢ 90,800.00 from Mr Abein as part payment and afterwards went into hiding.

On January 12, 2016, the prosecution witness heard that Bonuso had been arrested by the Criminal Investigative Department (CID) Headquarters in Accra for a similar offence, he said.

Abein followed up to the place and identified him. He was arrested and during investigations he refunded GH¢ 6,000.00.

In his caution statement, he told the police that he gave the said money to Mary Anne and George Vanderpuye, who worked at the Office of the President.

Police detected that the two had been dismissed from the said place and their whereabouts unknown. He was then arraigned.

Bonuso also failed to prove to the Court that he gave the money to them.