The Bono-East Regional Minister Hon. Kofi Amoakohene who doubles as the MP for Atebubu- Amantin and his deputy Hon. Matin Oti Gyarko also MP for Techiman North embarked on a working visit to all the MDA’s and traditional Authorities in the Bono-East Region.

The scheduled meeting started with a staff Durbar at the Bonokyempem hall, for the First time since the Regional Minister assumed office.

The MCE for Techiman Municipal Hon. Kofi Donyinah officially open’s the meeting and welcome all staff to meet the Regional Minister and his team, He took the opportunity to inform the Minister about the General Security situation of the Municipality. He said the Security of the Municipality is calm and peaceful and stress that security is very important for our development

He assured the Minister of a very strong and capable workforce in the Municipality and call on all to renew their support for the Regional Minister.

The Minister also assured all staff that his doors are always open, he urged staff to be unique on their work and come out with good initiatives that will help develop the Region. He caution staff to avoid lateness and drunkenness that will retire the development of the Region but rather but more efforts to improve Revenue mobilization.

He added that the Bono-East Region is not Develop to the expectation of the president of the Republic and they cannot afford to fail the president. He said as the first Regional Minister of the Bono- East Region he came with all conviction and ready to improve on the living standard of the people, improve on quality education, provision of good roads, and employment in the Region.

Hon. Amoakohene emphasized that leadership is all about given people the platform to explore and all experience staff are welcome in the Region. He seized the opportunity to thank all those who fought for the creation of the Bono-east Region.

The regional minister and his entourage were ushered in to the palace by Nana Owusu Jari II a representative of Techimanhene, Nana Owusu Jari said Techimanhene was attending another important assignment somewhere and he is to stand in for him. He said as customs demands its incumbent for them to ask for the mission of the team in the palace.

In his response the Regional minister thank Nananom and the Zongo chiefs present at the palace and said this was his maiden visit to Nananom since he resumed office as the regional Minister. He showed his appreciation to Nananom for accepting their invitation despite the short notice,

He explained to Nananom that the Bono-East region had come to stay and his much grateful for their support in the creation of the region, he assured Nananom to always correct them any time they go wrong in the discharge of their duties, because the failure of the region is the failure of all.

He added that the creation of the Region brought unity in the chieftaincy institution since all chiefs were involved in the fight, he stress that without unity they well be no peace. He told Nananom that the President wants the new Regions to be uplifted than the old once and so the need for all hand.

He assured Nananom of the plans the Regional Coordinating Council is putting in place to organize educational Forum in the Region to improve the educational sector. He said all the intellectuals in the region will be brought on board to help plan and develop the Region.

Touching on Security, the Minister said the Regional Police Commander is yet to come to the Region and so security planning for the region is not fully covered but for the time being the policemen on the ground are doing their best to provide security for the region. 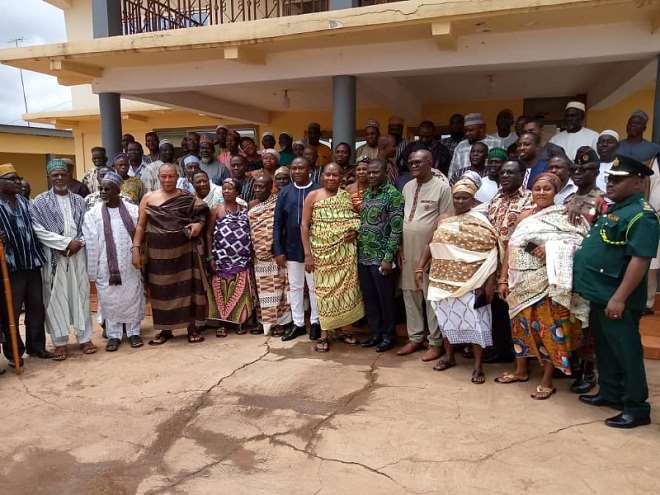 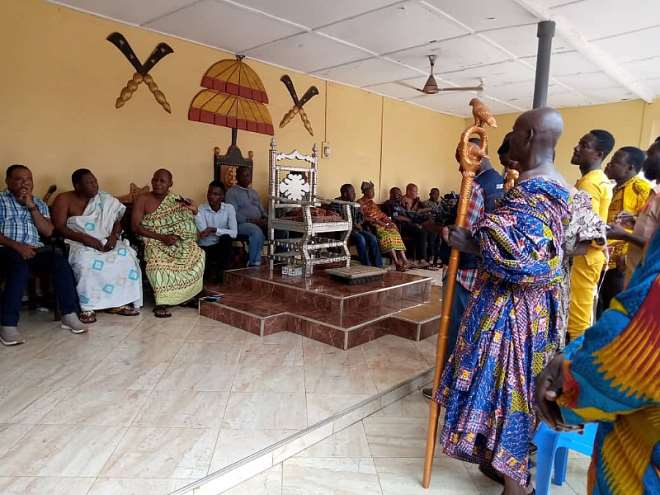 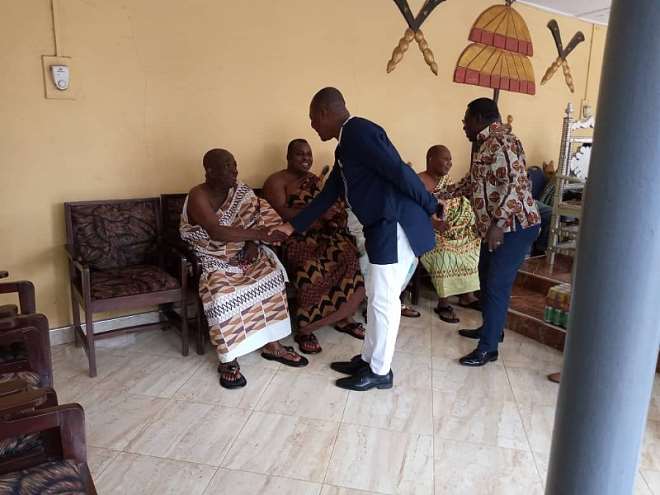 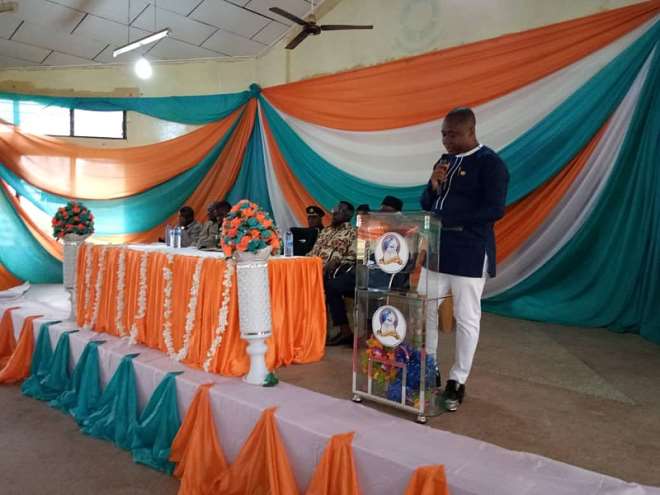