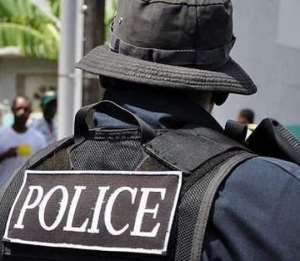 One person has been reported dead while another is in critical condition following an attack on the opposition National Democratic Congress regional Head Office in Kumasi.

The two were part of several NDC supporters who were in front of the party office while some National Officers were in a meeting with their regional counterparts inside.

Unconfirmed reports indicate that the assailants were members of the ‘Hawks’, an NDC vigilante group formed last year, an assertion NDC executives discount.

Eyewitnesses say the assailants who had come on motorbikes while the meeting was ongoing began the attack and shooting without any confrontation, and fled off the scene on their motorbikes after their shooting.

A statement from the party’s regional secretariat corroborated the reports but could not identify the assailants and called on the police to carry out investigations and bring them to book.

“…Some men on Motorbike wielding guns attacked a gathering outside, shot indiscriminately and sped off.” It said.

Eye witness reports say the executives had to flee for their lives and the attack was life-threatening.

The statement also indicated that the man in critical condition at the Komfo Anokye Teaching Hospital has been visited by the National and regional executives.

The incidence has occurred at a time when there is a strong voice across the country calling for the disbandment of all political party vigilante groups.