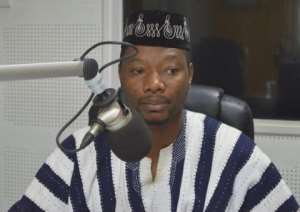 The Chairman of the People’s National Convention (PNC), Bernard Mornah has said his office at Klagon was broken into and ransacked on Sunday evening.

In an interview with Citi News after speaking to the police, Mr Mornah said documents, furniture, office stationery and a chequebook had been stolen.

“Of the four offices that we have, all of them; the furniture, computers, printers and even the reception desk, everything has been cleared from the place. It is now just rooms that we have. We don’t have anything apart from the workstations and thing they have scattered,” he stated.

He also said he had lost an amount of GH₵ 6,000.
According to the PNC Chairman, the police are investigating the matter but have not identified any suspects.

“I have been with the investigator. I don’t what they are suspecting. Since yesterday, this is about the third time we have come here. He is just taking pictures in order to make an appropriate report.”