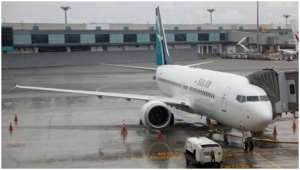 Malaysia is the latest country to temporarily ban Boeing 737 Max aircraft from flying to and from the country, joining Singapore, China and Australia.

The decision comes after an Ethiopian Airlines Boeing Max 8 crashed on Sunday, killing 157 people on board .

It was the second fatal accident involving that model in less than five months.

Singapore’s Changi Airport is the world’s sixth busiest and a major hub connecting Asia to Europe and the US.

But only a handful of airlines operate Max aircraft in and out of the country.

No Australian airlines operate the Boeing 737 Max, and only two foreign airlines – SilkAir and Fiji Airways – fly the model into the country.

Shane Carmody, who is in charge of aviation safety at Australia’s Civil Aviation Safety Authority, said the suspension would remain in place while the organisation awaited “for more information to review the safety risks”.

Several airlines and regulators around the world have already grounded the Max 8 model following the crash.

South Korea has asked Eastar Jet, the only airline in the country to own Max 8s, to ground its planes from Wednesday, while Malaysia has banned the jets from its airspace, according to the AFP news agency.

In the US, the country’s Federal Aviation Administration (FAA) told airlines on Monday it believes Boeing’s 737 Max 8 model to be airworthy, despite the two fatal crashes.

Southwest, which has the largest fleet of 737s in the US, said it was offering customers booked on flights using the jet the chance to change their reservation, but would not be offering refunds.