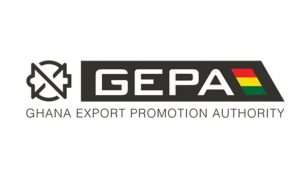 The Member of Parliament for Ashaiman, Ernest Norgbey has threatened to go to the Office of the Special Prosecutor to file a petition against the Ghana Export Promotion Authority (GEPA).

It follows what he said were allegations of procurement breaches in the accounts of the Authority and others as captured in the 2018-2019 Auditor General’s Report.

He argued that, GEPA failed to seek the approval from its board before going into some agreements that ran into millions of Ghana cedis.

The legislator claimed that the money lost as a result of the infractions could have been invested into other important national projects hence he will not hesitate to have the matter investigated.

“In the Auditor’s General Report that was submitted to us, there were a lot of procurement breaches especially in the area of the Ghana Exports and Promotion Center. We know the Public Procurement Act, stipulates that before you engage in any single sourcing procurement, you must seek the approval of the board.”

“But unfortunately, the GEPA, didn’t seek the approval of the board and awarded a contract to the tune of almost Ghc 230 million and US$ 123, 0000. They didn’t also seek the entity’s tender approval by awarding another contract to the tune of Ghc 50,000. These are all procurement breaches so what I intend to do, is to petition the Special Prosecutor so that they can investigate”, he added.

Read below are excerpts of what the Auditor General stated about GEPA in its recent report to Parliament:

No approval was obtained from the Controller and Accountant General (CAG) for three [3] operational bank accounts which the Authority opened with the First Atlantic Bank, Accra in 2017.

We recommended that such releases should be supported with evidence of the total 0.75 percent Import Levy received by the Commissioner-General of GRA and EXIM Bank.

Between August and December 2017, the Authority made payments totalling GH¢192,400.00, described as honorarium, courtesies & protocols, special and sitting allowances to all the members and supporting staff of Parliamentary Select Committees on Trade, Industry and Tourism, Finance and the Women’s Caucus in Parliament but was unable to substantiate the payments.

We requested management to provide justification to substantiate the payments totalling GH¢192,400.00 to the various Committee members, failing which, the former ES and Director of Finance would be jointly held liable to refund the amount.

Our review of the Authority’s procurements disclosed that management engaged Resource Persons for the provision of various Consultancy services amounting to GH¢269,473.50 & USD$123,000.00 through single sourcing, but was unable to provide us with correspondence from the Public Procurement Authority (PPA) authorising the use of the single source procurement method.

We requested management to provide PPA’s approval for the use of single source procurement method on the engagement of consultants amounting to GH¢269,473.50 and USD$123,000.00; failing which sanctions prescribed by Section 92 (1) of Act 663 of 2003 and Sections 5 (1and 3) of the Public Procurement Amendment Act, 2016 (Act 914), would be invoked against the former Executive Secretary and Director of Finance who approved the payments.

At its meeting held on 1 February 2018, the Council unilaterally approved and paid members remuneration and allowances totalling GH₵180,886.00 for the period November 2017 to May 2018 but could not provide documentary approval by the Minister of Finance.