ASA Savings and Loans Limited has constructed a borehole for the Mampong Benim community in the Eastern Region.

The company in collaboration with Christ Soteria Clinic hospital held free medical screening with medicines for clients and residents under the Mampong branch.

Residents were given free treated mosquito nets after they were tested for Malaria, cholesterol, blood pressure, Hepatitis B, Glucose and general screening.

The cost of Borehole and Medical screening was Ghc21,000.

Commissioning the borehole, the Chief of Benim, Nana Bona Opoku Kontihene said over 5000 community members can now access clean portable water, which will help improve overall health and sanitation of the Benim community.

He noted that the community has over the years faced with lack of clean and safe water which was a major worry to the health concerns of the people in the community.

“Our CSR activities are wide and varied supporting programs spanning Education, health screening with free medicine and mosquito net, Donations, Boreholes, scholarships and so on,” he stated.

According to him, in 2018, the company undertook Medical Screening (Malaria, Hepatitis-B, BP, Diabetic, General Screening with free medicines, distribution of mosquito nets) and Donations in 75 communities benefiting 11,000 people at the cost of $77,000.

He added that this year, the company has budgeted $100,000 for its Corporate Social Responsibility programme. 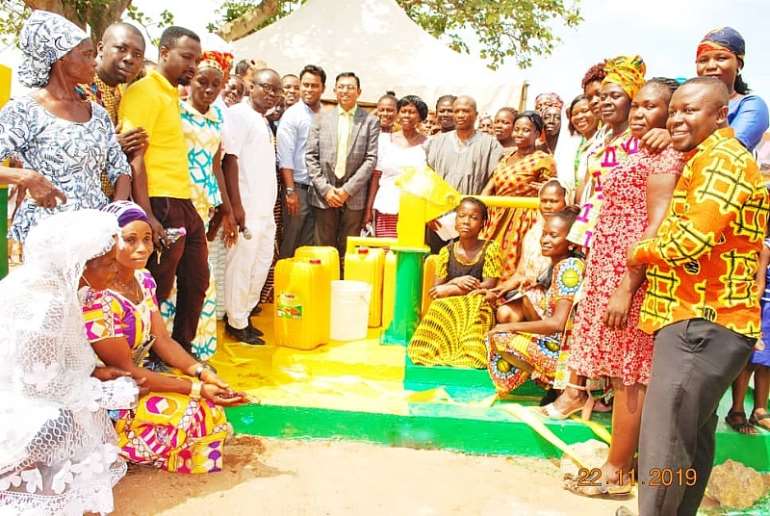 As at the month of October 2019, he intimated that the company has expensed USD82,000 for its CSR programme benefiting 14,000 persons through 93 activities in various regions.

About Asa Savings And Loans Limited

ASA Savings and Loans limited currently has 123 Branches and Business Centers across 9 regions of Ghana and currently serving over 200,000 clients and providing direct employment for 1,000 staff.

It is the plan of the company to cover all regions of Ghana in the near future.

The focus of the company is to provide financial services to people in the informal sector that are constrained financially in order to assist to establish their own business or to expand their existing business.

In 2018, the company was awarded by the Students Loan Trust Fund (SLTF) for its exemplary performance in repaying student loans on behalf of its employees.