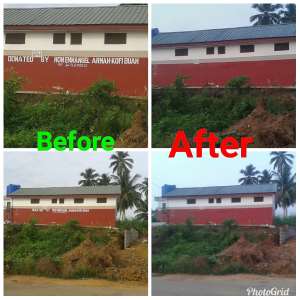 Some irate youth of Basake Community in the Ellembelle District of the Western Region have wipe off the name of the Member of Parliament for the area, Armah Kofi Buah embossed on the toilet facility.

The NDC MP for the area, Emmanuel Armah Kofi-Buah commissioned this 16-seater water closet toilet facility for the area in 2016.

During the commissioning, it was revealed that the facility was financed through the MP’s Common Fund with the inscription on the building, “Donated by Hon. Emmanuel Armah Kofi Buah, MP for Ellembelle”.

The MP name was embossed on it to indicate that it was solely constructed by him but further search by the youth of the area reveals that the facility was financed with the District Assembly Common Fund and not the MP Common Fund as claimed earlier.

A visit to the Community yesterday by this reporter reveals that the name of the MP has been wiped off from the toilet building by some youth of the area.

Our reporter has sighted a letter addressed to the current District Chief Executive for the area, Kwasi Bonzoh on 8th February, 2019 by some concerned youth of the area to desiring to change the name of the MP on the toilet.

“Concerned youth of Basake wishes to serve a notice to your good office on our desire to change the inscription embossed on the aqua privy at Basake. The said aqua privy, per the documents available to us indicates that it was financed with the District Assembly Comm Fund (DACF) and the MPs Common Fund (MPCF). We therefore find it misleading to the good people of Basake and Ellembelle at large, to have embossed on same ‘Donated by Hon. Emmanuel Armah Kofi Buah, MP for Ellembelle’. The Concerned Youth are of the view that the name that ought to have been embossed on the project should have been included DACF/MPCF to reflect the source of funding. Notice is thereby served for the deletion and rewriting of the name on the toilet facility”, the letter reads.

Meanwhile, another document sighted by this reporter also suggests that the said toilet facility was constructed by both the MP, Armah Kofi-Buah and the District Assembly.

The source of funding must reflect on the toilet. 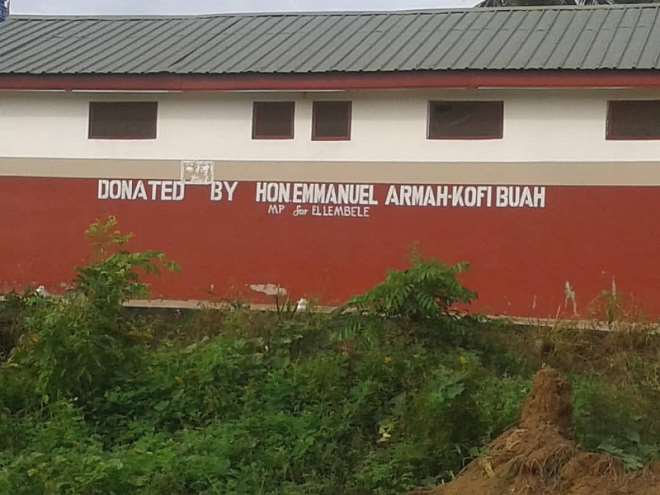 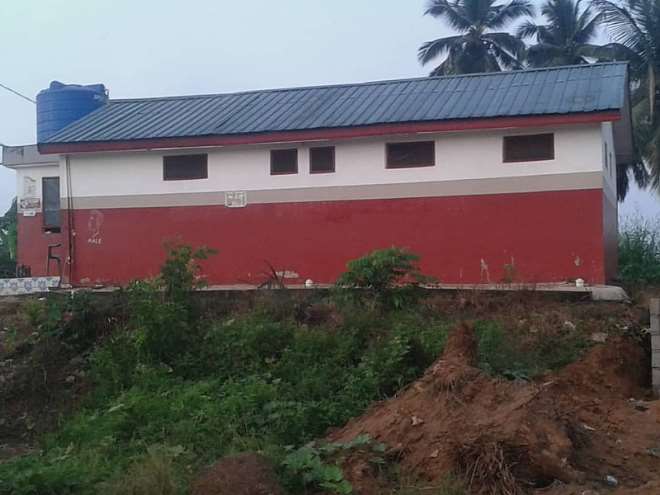 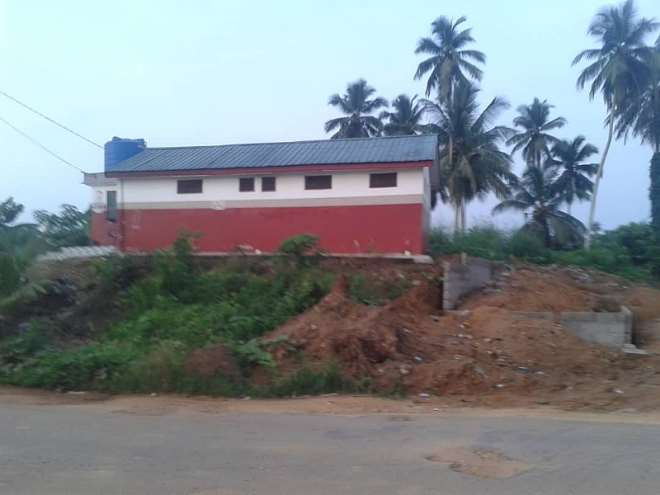