The government on Thursday announced that it had initiated moves to dissolve the GFA following the revelation of widespread corruption in Ghana football, with Mr. Kwesi Nyantakyi complicit in alleged corrupt acts.

Mr Nyantakyi, who is also the first Vice President of the Confederation of African Football (CAF) and a member of FIFA’s Executive Council, was caught on camera by investigative journalist Anas Aremeyaw Anas and his TigerEye PI team allegedly brokering an illegal deal to receive financial inducements as part of a Premier League sponsorship contract.

In the video, Kwesi Nyantakyi outlined his plan to set up an agency that would set up a $15 million sponsorship deal for the Ghana Premier League, which would have seen him pocket about 20% of the sponsorship money as the agent.

He and the Northern Regional FA boss, Abdulai Abu Alhassan had also arranged with the supposed premier league investor to be given $1 million tagged as ‘thank you money’, in appreciation of their efforts in securing the deal.

He also used the name of the President, the Vice President and other senior officers of the government to collect money and lure supposed foreign investors interested in establishing businesses in Ghana.

Many other senior Ghanaian FA officials and referees were caught in match-fixing deals .

The petition, filed by Cromwell Gray LLP, lawyers for Anas, says based on the audio-visual evidence they had gathered and have made available to FIFA, Mr. Nyantakyi had flouted several regulations and ethical codes of the FIFA.

They are therefore urging FIFA to ban Kwesi Nyantakyi for life from taking part in any football-related activity.

“We submit that Mr. Nyantakyi, as a consequence, be banned for life from taking part of any football-related activity in pursuance of article 6.h of the FIFA code of Ethics, the petition said. 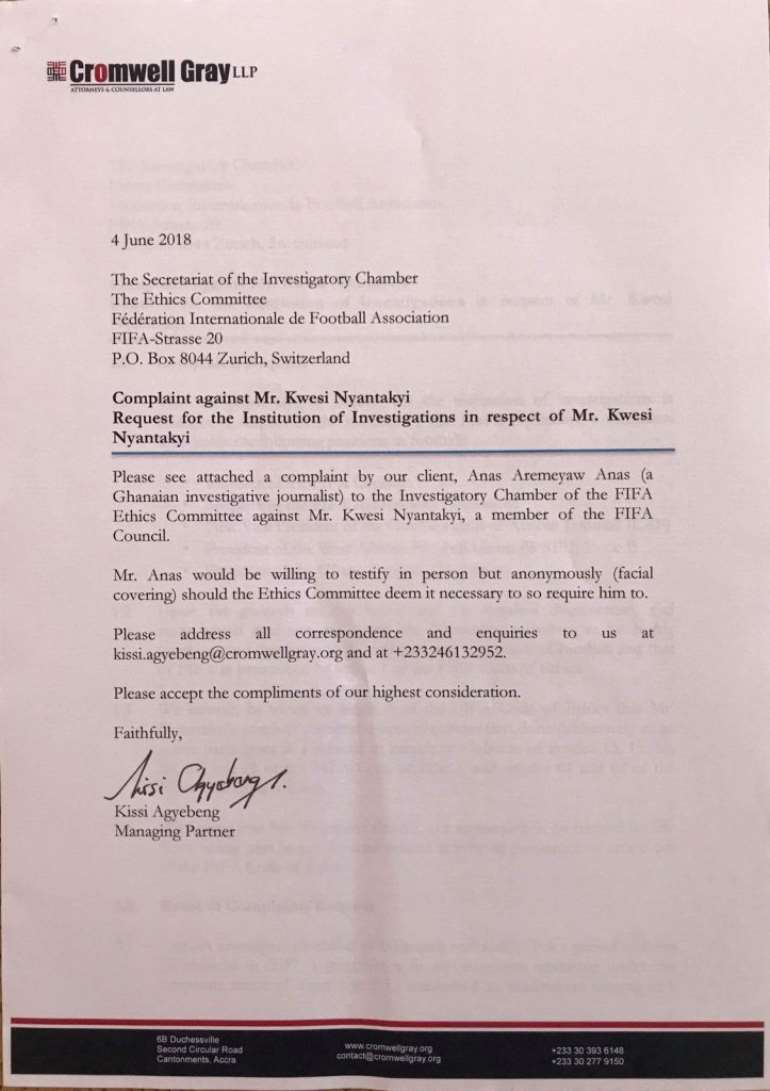 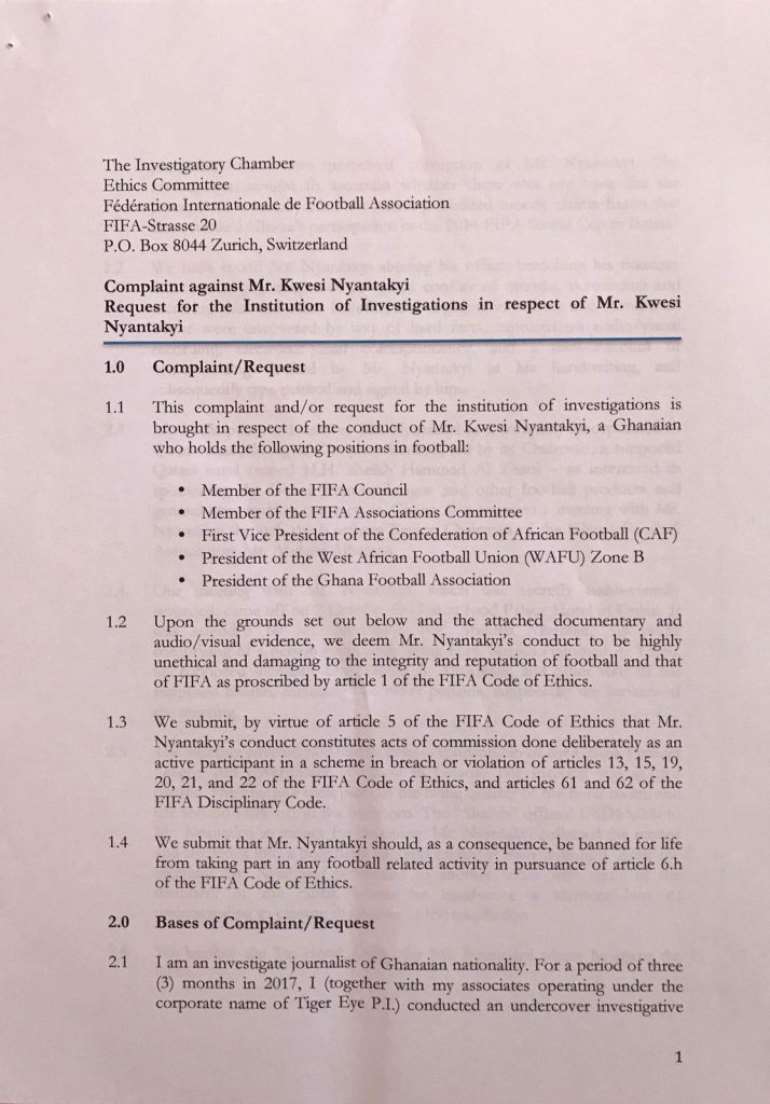 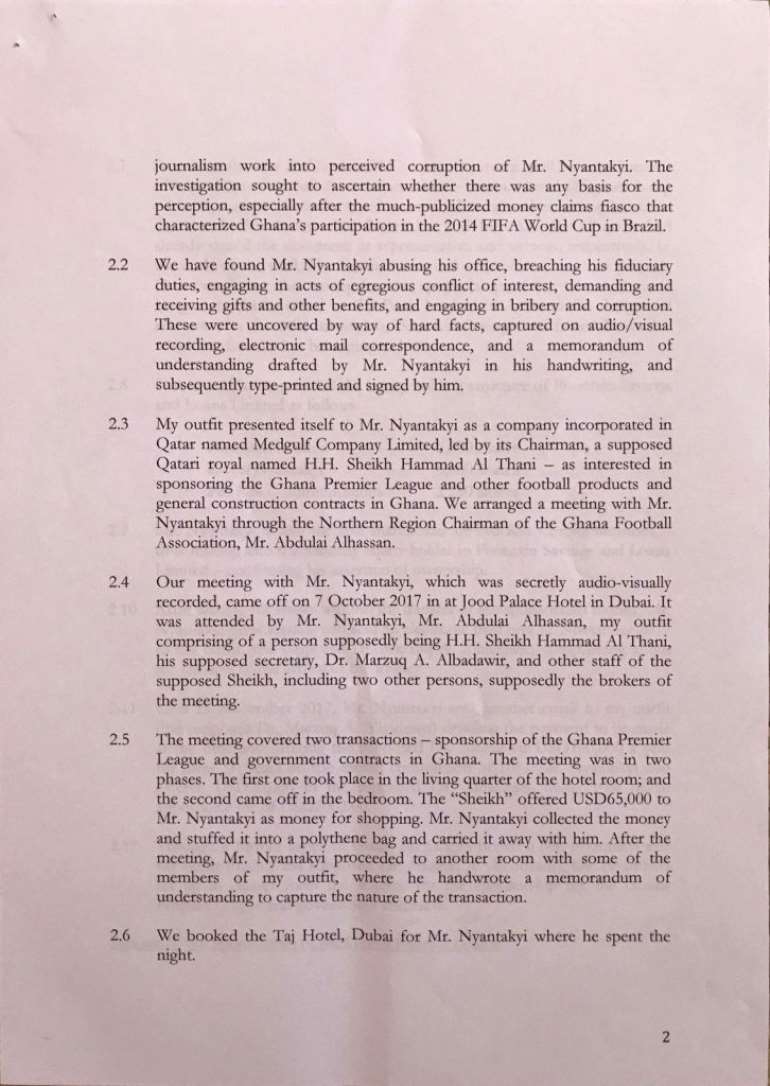 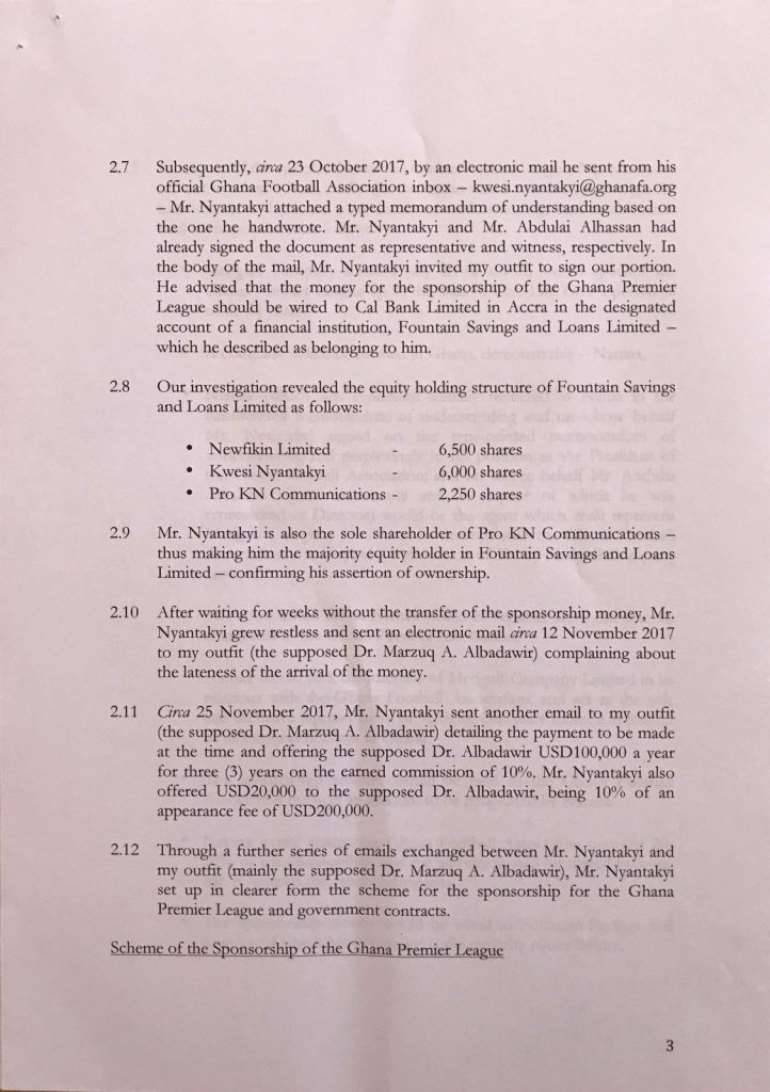 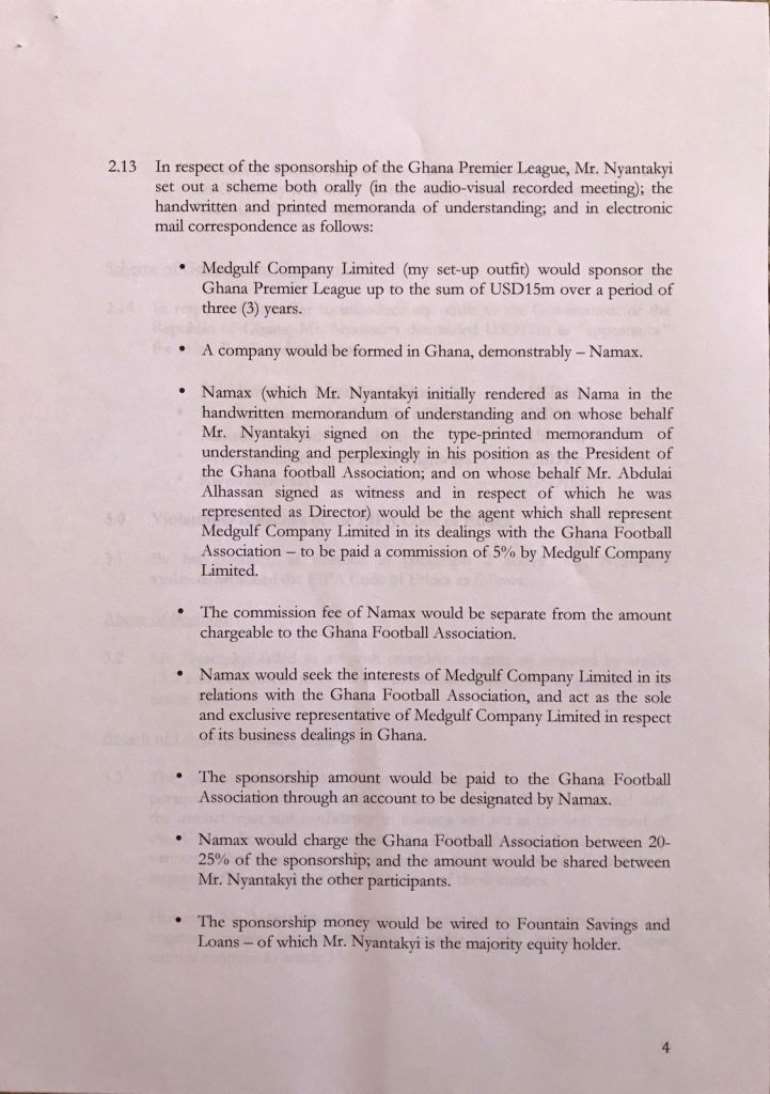 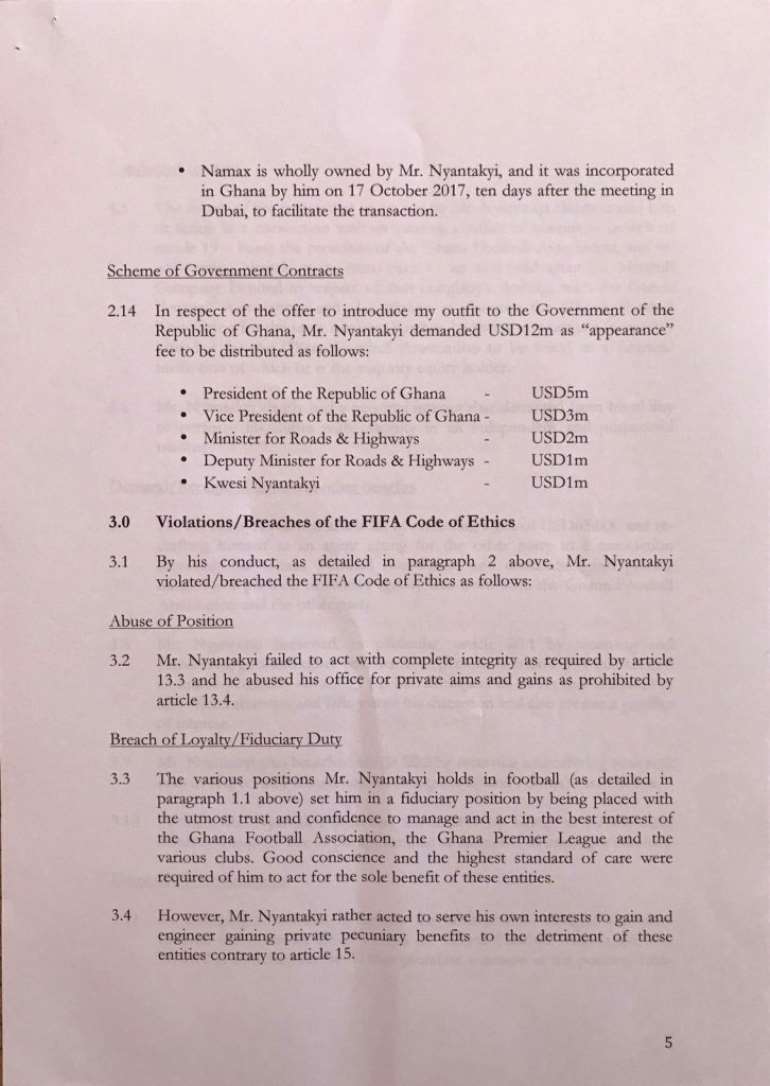 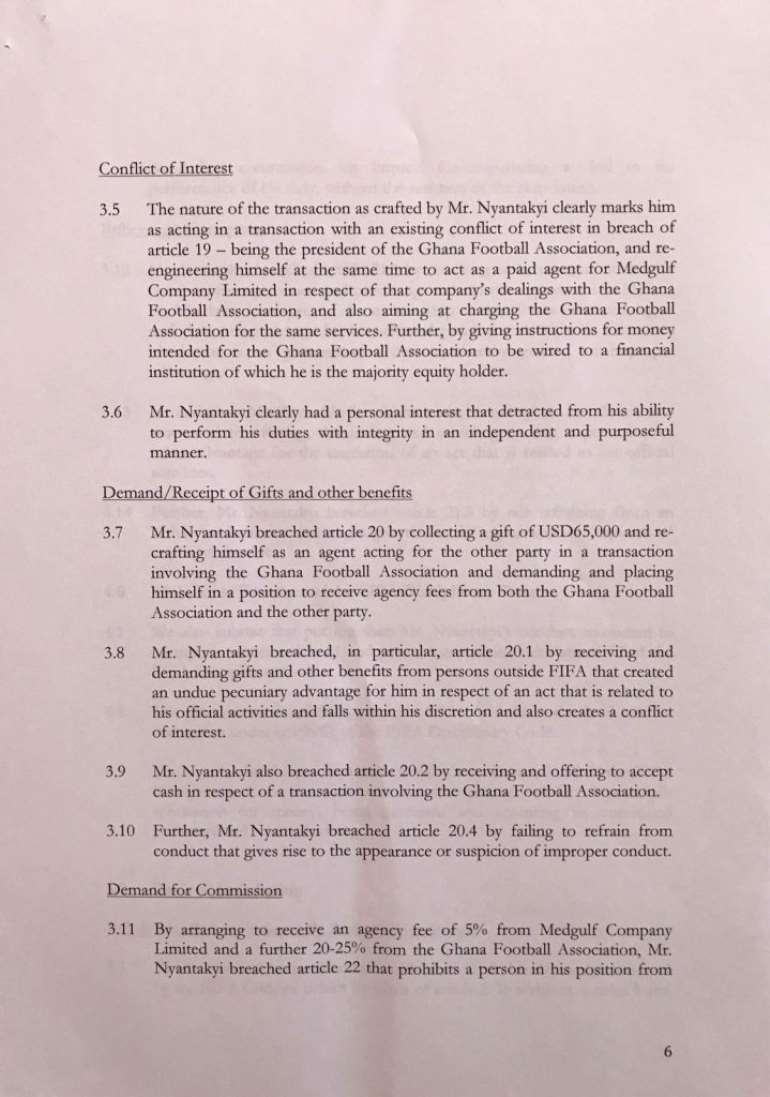 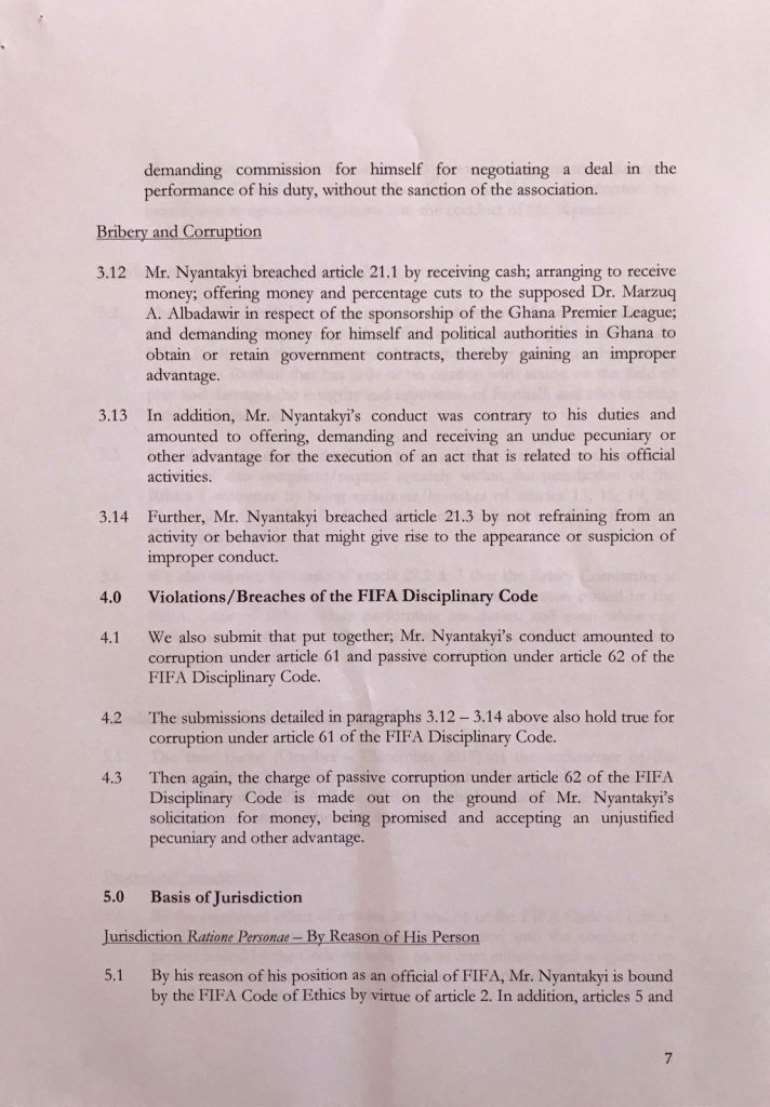 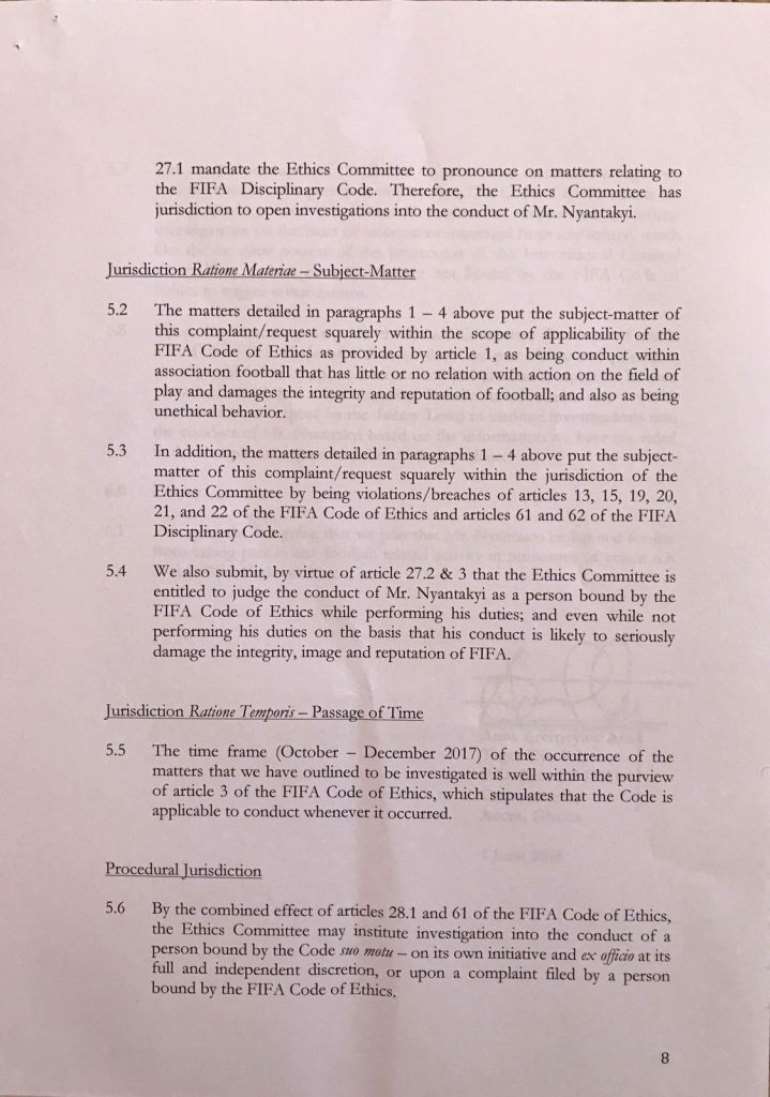 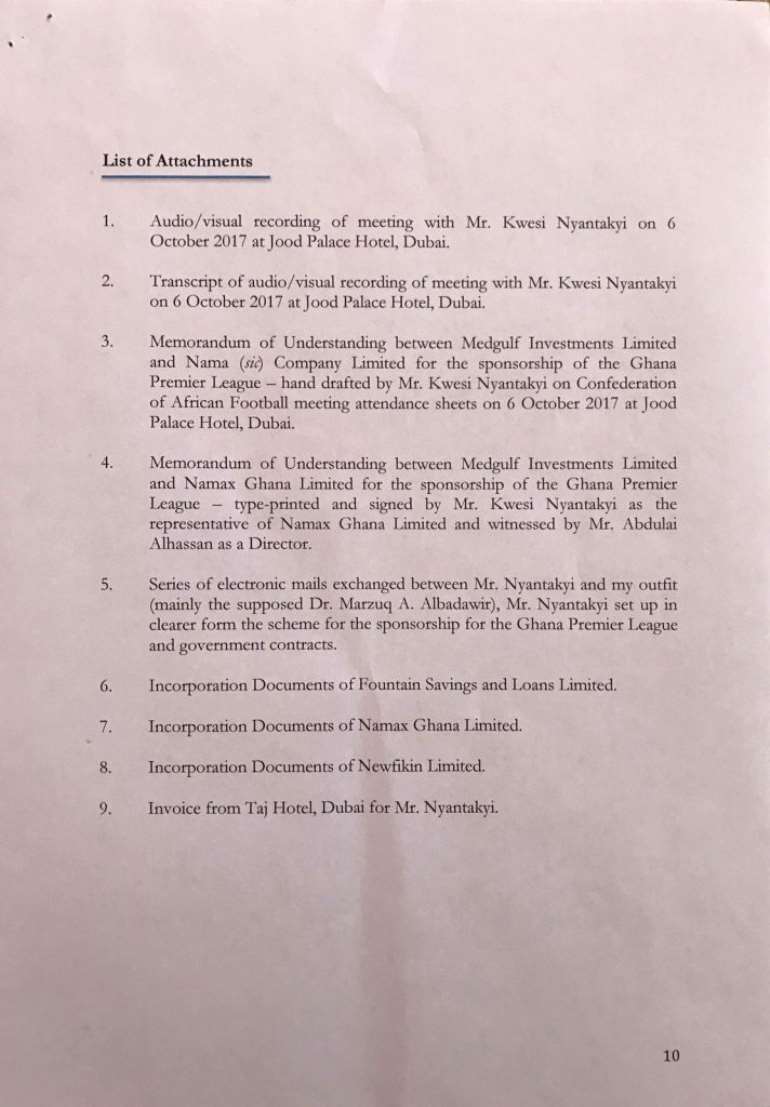 Meanwhile, Kwesi Nyantaky i and Abdulai Abu Alhassan have both tendered in their resignation from their respective positions.

The GFA has also indefinitely suspended , all local games.