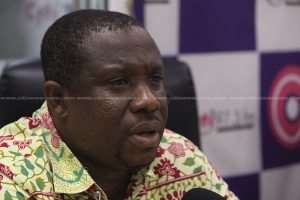 “It looks like every other person except the government thinks they have done well. Apart from government which says we have done well, every other person says you have lost the fight [against galamsey] and the evidence is there. The evidence is there because day in, day out you have reports of persons engaged in galamsey. You have reports of even the taskforce on the ground being complicit in the activities and even the Anas tape came to corroborate this.”

“It looks like we have not even dealt with the problem because after several months that Amewu had given deadlines and had eventually said the deadline had come to close etc and that they were taking steps, we have not seen any of those and yet we continue to hear that galamsey activities are still ongoing. I have no doubt in my mind at all that the government is not serious about the problem …They are prepared to sacrifice people who are involved in the problem so they get money.”

Mr. Loh on Citi FM/TV’s News Analysis Programme, The Big Issue said the several media reports including the latest piece by investigative journalist, Anas Aremeyaw Anas had revealed how illegal mining is on the rise in Ghana.

The party said several actions by government appointees have rendered the fight fruitless.

At its fourth moment of truth series, the NDC’s Communications Director, Sammy Gyamfi attributed the failure to the President’s inability to bring to book appointees of government allegedly noted for fueling the activities of illegal mining.

“The fact that, President Akufo Addo’s fight against galamsey has failed is no longer in dispute. The spectacular failure, of the supposedly anti galamsey fight, underscores what we all know to be the truth that President Akufo-Addo’s policies and offerings most at times are instituted of self-aggrandizement and an avenue for crocked members of his party and government to line their pockets through corrupt means.”