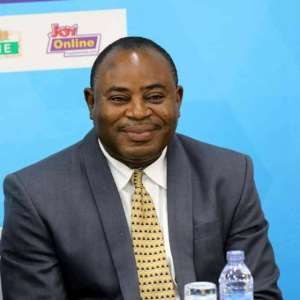 Cashew farmers have been assured of the government’s tireless determination to create the enabling environment to boost their activities and trade.

The Deputy Bono Regional Minister, Siaka Stevens who gave the assurance mentioned, among other things that, the 10-year Cashew Development plan which was launched in Wenchi last year is a clear manifestation of the New Patriotic Party’s (NPP’s) government commitment to boosting the production and marketing of non-traditional crop.

In furtherance to the cashew development plan, Mr. Siaka Stevens added, government has distributed 100,000 seedlings to each of the selected cashew growing districts across the country to increase yield, create job opportunities for people, especially the youth and ultimately improve their living standards.

He commended the Wenchi Municipal Assembly for partnering with some NGOs to distribute additional 200,000 cashew seedlings to farmers in the area.

The Deputy Regional Minister was speaking during a courtesy call on the Wenchi Traditional Council at Wenchi by the Bono Regional Minister, Mrs. Evelyn Ama Kumi-Richardson as part of a familiarization tour of the area.

Mr. Siaka Stevens, who is also the MP for Jaman North and Chairman of the Parliamentary Select Committee on Education further assured the Chiefs and farmers of government’s continued assistance towards their farming businesses.

He stated that the proposed Tree Crop Development Board, which will soon be considered by Parliament, is intended to address the major bottlenecks which are currently militating against the smooth production of cashew, coffee, oil palm, coconut, shea nut and mango.

The Board, he explained, will oversee and market non-traditional crops to boost production, increase revenue and create job opportunities for people.

The Acting President of the Wenchi Traditional Area, Nana Tabiri Asimpi Adinkra Kosopre and Nana Atoa Sramangye-dua, the Paramount Queen of the area took turns to appeal to government to revive the Tomato Factory in the town as well as upgrade the Wenchi Farm Institute into an Agricultural University.

The Regional Minister later met with staff of the Wenchi Municipal Assembly and heads of department after which she inspected some development projects being undertaken by the Assembly or the Central government.

Among the projects are the 5-kilometre Wenchi town roads and Jomik Sutmetal Company Limited, a metal fabrication factory which is operating under the government’s One-District, One-factory policy.

The factory, which is owned by Emmanuel Boama, a Ghanaian, produces hospital beds, delivery beds for maternity wards, classroom and office furniture and several other items.

The company has employed several youths permanent and non-permanent staff.

At Odomase, capital of the Sunyani West District, the Regional Minister appealed to chiefs to resort to laid down rules in resolving the various chieftaincy disputes in the Bono region, saying her outfit will provide the needed logistical support to enable the regional house of chiefs work effectively to address the issues.

Mrs. Kumi-Richardson explained that the much awaited rapid socio-development of the region could only be realized in an area sustained by peaceful co-existence.

The Sunyani West DCE, Martin Obeng said the district is taking active part in the various flagship programmes introduced by government, especially those in the agricultural sector.

He mentioned Planting for Food and Jobs and the recently launched Planting for Export and Rural Development (PERD) as some of the government’s programmes that have received tremendous patronage by the people of the area.

The DCE was however not happy about drug abuse and alcoholism situation among the youth at Odomase, adding that the District Security Committee (DISEC) has been meeting with operators of drinking bars in the area to bring the situation under control.

The minister later interacted with staff of the Sunyani Municipal Assembly to round off her 4-day tour of all the 12 districts in the region.