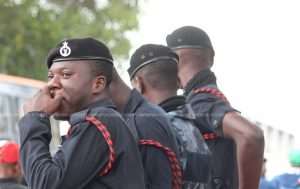 Residents living closer to the Royal Golf Park at Ahodwo Nhyiaeso in Kumasi, where two female Canadian nationals were kidnapped recently, want authorities security beefed up in the area.

They say a high number of cases of kidnapping and armed robbery attacks on residents recorded in recent times in the area, put their lives in danger.

The news of the kidnapping of two female Canadian nationals in Kumasi, has gained some amount of international attention, with Canadian authorities warning its citizens to be vigilant in Ghana not only about armed robberies and other violent crimes, but kidnapping as well.

According to the Ghana Police, the two women who have been kidnapped are 19 and 20 years respectively; and were part of a voluntary organization, Youth Challenge International, which embarks on charity projects in the country.

The Ghana Police Service, which has commenced investigations into the matter, says Canadian authorities are assisting in the search and rescue efforts.

Although the case was initially being handled by police in Kumasi, the Accra Police Command has taken over the case. When Citi News visited the house where the ladies live at Ahodwo Nyhiaso, the caretaker declined an interview.

The security guard at the residence at the time of our visit, who said he was not on duty on that fateful day, could also not speak to us.

An eyewitness, who claimed to have seen the incident, says immediately the ladies arrived at the entrance of the house in an Uber car that evening, another car drove to the entrance, and the occupants fired warning shots at the gate before the ladies were whisked away in their car.

This incident is one of the about three kidnapping cases reported in the Ashanti Regional capital in recent times, and residents are alarmed, particularly because some other cases have been reported in Accra and Takoradi. They’re thus asking authorities to improve security in the area.

“Kidnapping and armed robbery are common here especially when there is a program at the Rattray Park. During those periods, it’s terrible. Right on this street, they can abduct someone and come and dump the person here.”

“This place is a residential area and it’s typically quiet so then they need to pay attention to this area more often. Why; because when someone does something bad to you, no one sees it. So we realize only in the mornings that someone has been hurt or something bad has happened to someone,” a resident stated.

“Shop here always broken into most of the time. People are at times killed in the bush here. Armed robbery activities are very common in this neighbourhood. We at times here people screaming in taxis. They are attacked under such circumstances. Others too are kidnapped. This area is usually quiet. The quiet nature is even changing. It was even worse previously. It was happening every evening,” another added.