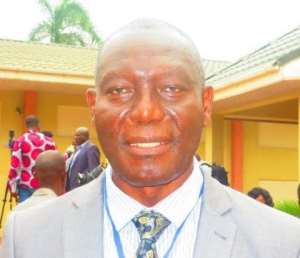 He said investing in STI by African governments would go a long to accelerate the continent’s socio-economic development and to create jobs for the people.

Dr Essegbey made the appeal in an interview with the Ghana News Agency at the Annual Regional Meeting of the Science Granting Councils Initiative (SGCI) in Sub-Saharan Africa in Accra.

The meeting on the theme: “Research and Innovation for Job Creation,” is being co-organised by the Ministry of Environment, Science, Technology and Innovation (MESTI) and the African Technology Policy Studies (ATPS).

It was formally opened by Dr Ibrahim Mohammed Awal, Minister of Business Development.

Dr Essegbey said STI is pivotal for any nation’s socio-economic development; adding that due to this, Government has prioritised it – making it the bedrock of its national development programmes.

“There is no African country where you cannot find research institutes and universities and tertiary institutions, contributing to ensuring that there is a national capacity for science, technology and innovation application in the development process,” he said.

“However, the main challenge is the investment of the necessary resources in these institutions to ensure that they deliver according to the remits that they were set up for.”

Dr Essegbey said overall in Africa, the situation showed that a striking average of just about 0.4 per cent of gross domestic product (GDP) was been invested in STI activity adding that “that is not good enough”.

On the theme for the three-day conference, Dr Essegbey said the challenge facing the African continent was the increasing youth unemployment; citing the instance where youth graduating from educational institutions, especially tertiary institutions, were not finding jobs.

“This should not happen, especially in the era we are in, where we have science technology and innovation making greater impact in the rest of the world and so that is the focus of this particular programme,” he said.

“I think that it is about time we take a second look at what we are doing to honour science technology and innovation for development and we need to do this also bearing in mind the Sustainable Development Goals (SDGs) we have committed ourselves to,” he added.

Dr Essegbey said in the United Nations systems they had established a unit to drive STI for the achievement of the SDGs and urged African governments to do so.