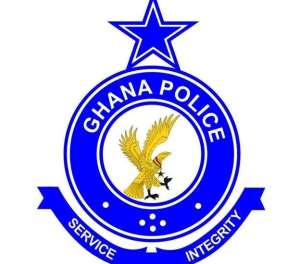 In what appears to be a move to instil discipline within the security service, the acting Inspector General of Police, James Oppong-Boanuh has interdicted the Lakeside District Police Commander, DSP Eric Partey Opata, for illegally detaining a suspect for nine days.

According to a statement from the Police, DSP Eric Party Opata kept a suspect behind bars for nine days without going through the ‘due process’.

The statement added that the Adenta Divisional Police Commander, DSP Cephas Coffie has been directed to supervise the Lakeside District Command until further notice.

“The Acting Inspector-General of Police (IGP) has directed interdiction of the Lakeside District Commander, DSP/Mr. Eric Partey Opata for keeping a suspect in police custody for nine days without due process.”

“In his absence the Adenta Divisional Police Commander, DSP/Mr. Cephas Coffie has been directed to supervise the command till further notice.”

The Interdiction of DSP Eric Partey Opata is the most recent case of Police abuse reported in the media.

In times past, the Ghana Police service has often been in the news for the wrong reasons.

Some of the most common offences by some of these Police offices include; extorting bribes, brutalizing innocent citizens and false arrests.

The then Inspector General of Police Mr. David Asante Apeatu in March this year ordered the interdiction of three police officers over their role in the assault of three reporters of the state-owned media company, Ghanaian Times.

The three officers were Inspector Issac Opare of the Ministries Division/Accra; Sgt. Ebenezer Akrofi of the Accra Regional Police Headquarters and L/Cpl. Evans Kofi Ntim of the Police Visibility/Accra.

Some Twenty-one (21) police personnel were also interdicted and subjected to a formal criminal investigation, upon the recommendation of the government, for their alleged role in the killing of seven Zongo youth at Manso Nkwanta in the Ashanti Region on July 17, 2018.

The commission of inquiry tasked to look into the killings exonerated the victims.

The most recent case had to do with the arrest and torture of two ModernGhana Journalists.

A report by the 2019 Global Corruption Barometer disclosed that majority of Ghanaians still perceive the Police as the most corrupt institution in Ghana.