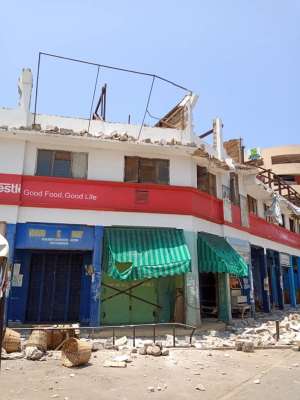 The Director of Operations at the Greater Accra Regional Police Command and the Metropolitan Chief Executive for Accra Metropolis have cited for contempt at the Accra High Court.

ACP Kwesi Ofori and Mohammed Adjei Sowah are in contempt for flouting the orders of an Accra High Court.

The two, together with one Joseph Apeadu Siaw flouted the Court’s orders when ACP Kwesi Ofori ordered his men to demolish the entire top floor a shopping center at Makola at the Central Business District of Accra.

While ACP Kwesi Ofori was served on the notice of contempt and hearing through the Inspector-General of Police (IGP), the Mayor of Accra, Mohammed Adjei Sowah and Mr. Apeadu Siaw were served in their various offices respectively.

They are to appear before the Accra High Court on September 3, 2019.

In the application for committal of contempt which was filed by Lawyer Bright Okyere-Adjekum of G. A. Sarpong and Co on August 13, 2019, on behalf of the applicant, Mr. Frimpong Manso, who was acting in his capacity and on behalf of 109 other tenants, explained that the three committed contempt of court when they ordered and supervised the demolition of the top floor of Angelina Shopping Center on Sunday, August 11, 2019, which the Court had ruled earlier that it should be renovated.

A motion of notice intercepted by Onua FM indicates that the first hearing would be moved at the Accra High Court on “Tuesday, September 3, 2019 at 9 O’clock in the forenoon or soon thereafter as counsel may be heard”.

The High Court had in its ruling in July 2016 ordered renovation of the property in accordance with recommendations contained in an Accra Metropolitan Assembly (AMA’s) report on Angelina House, Makola Accra, due to litigation.

According to the court, the renovations should be carried out only on Sundays without interrupting the activities of the plaintiffs in the property.

The court also ordered that confirmation of commencement of the renovation works and routines to the occupants and regular inspection of the works should be undertaken by the building inspectors of the AMA.

An injunction had also been filed to restrain AMA and the other defendants from demolition or doing anything contrary to the terms of settlement on the property ordinary called Angelina House at Makola in Accra Accra.

But the three defendants, Mr. Adjei Sowah, ACP Kwesi Ofori and Mr. Apeadu Ampadu disregarded the courts order of renovation and partially demolished the Angelina House which is a two-storey building which houses over 30 shops in Malola market, destroying some property worth several thousands of cedis. 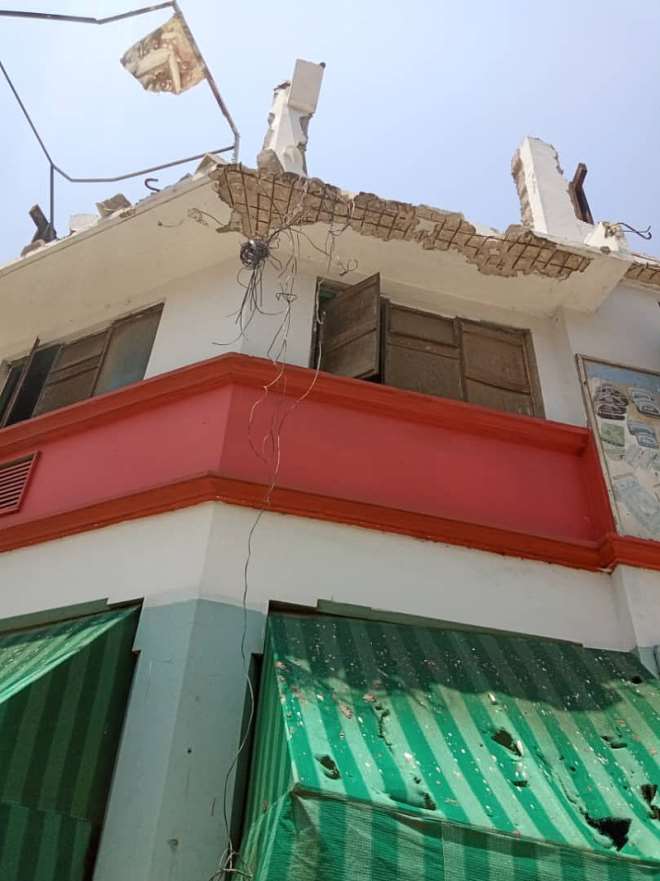