Abantu for Development and African Women’s Development Fund have urged parliament to pass the Affirmative Action Bill to secure a legal mechanism for the best gender equality outcomes for all in the country.

Mrs. Hamida Harrison, Programmes Manager, ABANTU for Development― a gender and policy advocacy Non-Governmental Organization (NGO)― and Convener of the Women’s Manifesto Coalition (WMC), at a press conference in Accra called for the passage of the Affirmative Action Bill to enable increase women’s representation in Parliament which had been documented 15 years ago named the Women’s Manifesto.

Adding that, despite promises, assurances, pronouncements and proclamations made in an election year after election year, very little action had been taken to address the systemic inequalities that prevent women from being part of the decision-making processes.

She then expressed concern over the failure to meet the UN-recommended threshold of 30 percent women’s representation in the District Assemblies, 68 years after the affirmative action measure of the 1960s.

According to her, if 30% is been give to women in the country to serve in other public and private institutions then there is a great way to improve the development of the country.

The sensitization forum, organized by ABANTU for Development, with support from the African Women’s Development Fund (AWDF), formed part of efforts to implement a project dubbed: Strengthening Advocacy for the Passage of the Affirmative Action Bill into Law in Ghana, whose ultimate goal is to secure a legal mechanism for the best gender equality outcomes for all citizens in public life.

The project aims at developing and implementing a nationwide affirmative action campaign strategy in order to strengthen advocacy initiatives for the passage of the Affirmative Action Bill into Law.

She also called on Ghana’s mass media to allocate airtime to discuss issues relating to Bill, arrange and undertake interviews with stakeholders, publish articles and mobilize citizens through education to lobby members of parliament. 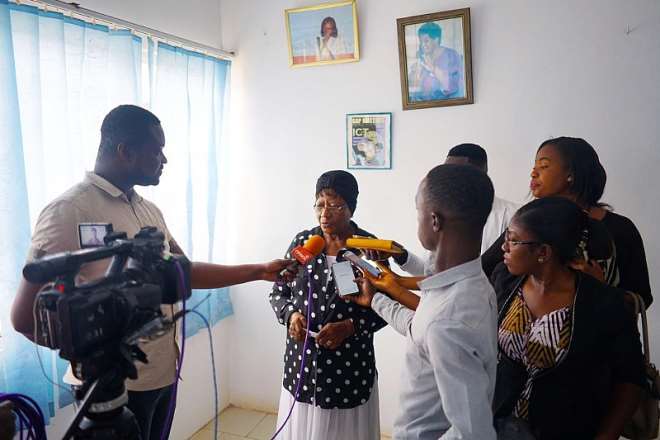