Close to 60% of Ghanaians say they are not aware there will be a referendum on the election of Metropolitan Municipal and District Chief Executives on December 17, according to a new Afrobarometer survey.

The referendum is to decide on the proposed amendment to allow political parties to participate in the District level elections.

A successful amendment of Article 55(3) will mean political parties will be able to sponsor candidates for election to District Assemblies or Lower Local Government Units.

Two bills are seeking amendments to Articles 243(1) and 55(3) for the election of MMDCEs and introduction of political party participation in the local elections.

At the moment, the law, in Article 243 (1) of the 1992 Constitution, says District Chief Executives for every district are to be appointed by the President with the prior approval of not less than two-thirds majority of members of the assembly present and voting at the meeting.

The Constitution requires a minimum 40 percent voter turnout for the referendum to be valid.

But the survey indicated that there is a risk of low voter turnout for this referendum because it will be conducted together with local government elections, which have historically attracted less than 40 percent of registered voters. 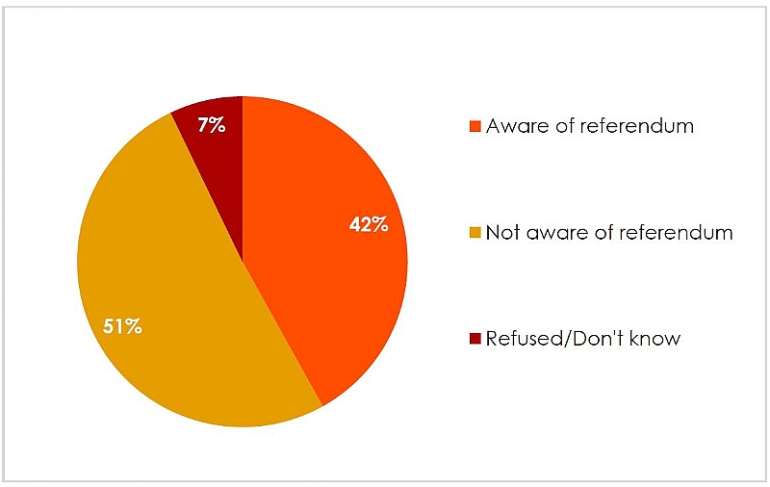 Awareness of the referendum increased with respondents’ level of education.

Men, comprising 52 percent, are more likely to be aware of the referendum than women; 32 percent. 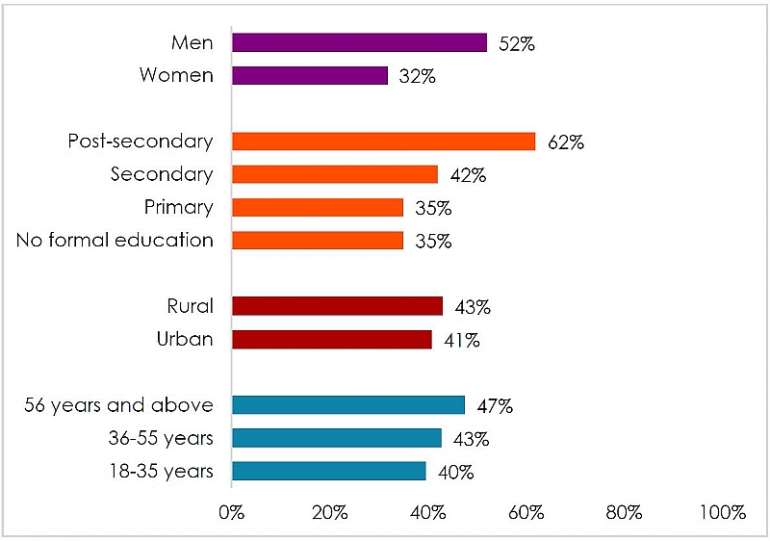 Awareness increases with age, ranging from 40 percent of youth to 47 percent of those over age 55.

Although a slight majority of those who are aware of the referendum are satisfied with Electoral Commission’s preparations for the referendum, “very few say there has been a lot of education about the voting exercise.”

This aligns with concerns made by observers in the lead up to the referendum about the lack of sensitisation.

The survey also noted that a significant proportion of Ghanaians are either not likely to vote in the referendum or “don’t know” whether or not they will vote.

The Afrobaromenter survey recommendations stressed that its findings stressed the need for the Electoral Commission, policymakers, and civil society to intensify sensitisation.

The election of MMDCEs was a major campaign promise of the New Patriotic Party in the run-up to the 2016 election.

The President has used his platform on a number of occasions to urge Ghanaians to vote yes in the referendum.