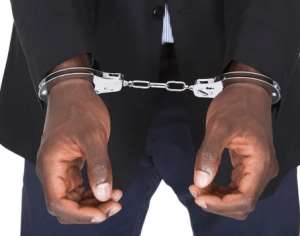 Three people have been arrested over alleged theft at the Tano shrine, whey they stole black stools and a quantity of gold dust belonging to the Atwima-Bebu Stool in the Atwima-Kwanwoma District.

Akosua Nyarko, Samuel Amoateng and Akwasi Opoku, were on Monday put before a Kumasi Circuit Court to answer for their crime.

They have been charged with stealing and they all pleaded not guilty.

The three were each admitted to GH¢10,000.00 bail with two sureties, and would make their next court appearance on May 02.

Police Chief Inspector, Timothy Amoah, told the court presided over by Mr. John Ekow Mensah, that the incident happened in the latter parts of 2017.

Nyarko was said to have told the two others that she was possessed by the gods, and that the gods were angry because the custodians had not been taking good care of them.

The three therefore decided to dig out the shrine and remove the supposed god from its dwelling place.

They succeeded in removing god and also went away with three black stools and a bottle full of gold dust.

The Odikro (Head) of the community, Nana Kwaku Nyame II, attempted to stop them but was unsuccessful.

A formal report was made to the police and the three in their caution statement admitted the offence and said they had sent the items to Tano-Odumasi in the Atwima-Mponua District.

They however refused to return the shrine and the other items.