Six persons, including two Chinese Nationals, have been confirmed dead in a gory accident that occurred at Akrabookrom, a village near Nyinahin in the Ashanti Region on Sunday December 2, 2018 afternoon.

The accident according to eyewitnesses DJ Philip who reported to otecfmghana.com, was caused by a speeding Sprinter bus with registration number AS 801-16 .

The Sprinter is reported to have burst its tyre, then veered into the lane of oncoming vehicles, and collided head-on with the oncoming Nissan Patrol with registration number GE 7091-16, which was traveling from Bibiani to Kumasi direction. 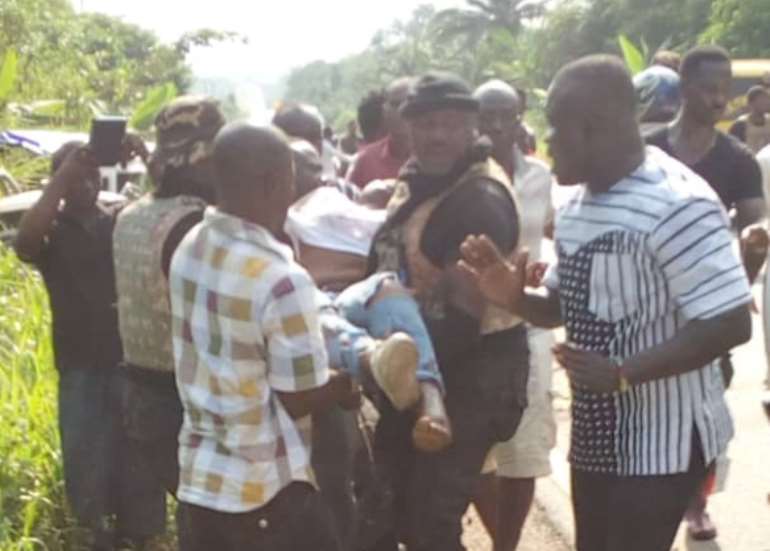 Many of the remaining 19 occupants of the Sprinter Bus sustained varied degrees of injuries so as the Chinese citizens who were on board the Nissan Petrol SUV.

The injured people are currently on admission at the Komfo Anokye Teaching Hospital while the bodies of the deceased persons have also been deposited at the morgue of the Nyanahim Government Hospital.