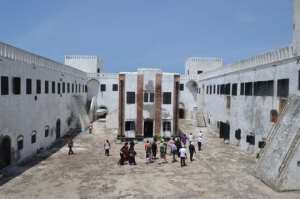 Ghana Museums and Monument Board has sacked twelve casual workers at the Cape Coast and Elmina Castles.

In a dismissal letter cited by the Ghana News Agency dated 19, April, 2018, and signed by Naana Nyarkua Ocran, its Executive Director gave the Board’s inability to honour their financial obligation to pay them due to financial difficulties as the reason for their dismissal.

The letter copied to all Sectional or Regional heads said in part: “We wish to inform you that due to financial challenges in honouring our financial obligation to you, we are unable to extend or renew our agreement with you.”

In that regard, it asked all the affected workers to handover all official duty tools and equipment to heads of department before the termination of their engagement on Monday, April 30, 2018.

It also ordered the Principal Accountant to pay them all their outstanding arrears due them.

It said “by copy of this letter, the principal Accountant is hereby advised to pay you any outstanding allowances in arrears” and thanked the casual workers for their hard work and dedicated services to the facilities.

The GMMB engaged the services of the workers in November, 2017 to support the various departments to deliver efficient administrative and master-class customer service at the historic facilities in the region.

Nonetheless, some dismissed workers who spoke with the Ghana News Agency on Thursday described the move as inhumane and unfortunate for them to work tirelessly for six-months without pay to be dismissed without any misdeeds.

They accused the Director of the facility of venting his anger on innocent hardworking workers who had no means of redress adding that they should have been given prior notice.

“Each worker is entitled to between 300-450 Cedis per month, but they have failed to pay us over the last six-months. After several dates of postponements, we became hopeless and did not know what to do because life is unbearable to us hence our decision to appeal to management through the media yesterday which has infuriated them to sack all the 12 casual workers,” they said.

On his part, Mr Nicholas Ayivor, the Director of the facilities denied the workers accusations saying they had been issued letters of the Board’s inability to pay them three-months ago.

He explained that the dismissal was a nationwide exercise affecting over 41 workers working in GMMB facilities in the regions.

In the meantime, he assured that management would in the interim engage some volunteers to support in providing customer service to all visitors.